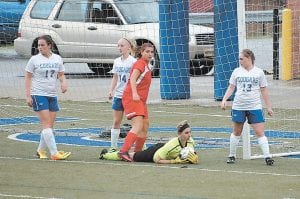 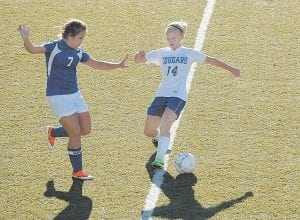 At right, Letcher Central senior defender Meg Raleigh (14) blocked a North Laurel player’s attempt at the ball during the Cougars’ 2-0 win on Saturday. The win improved LCC’s season mark to 7-2.