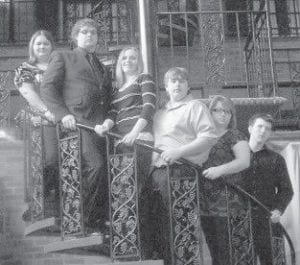 The Kentucky Music Educators Association held its annual All District Band concert in the atrium of the Paintsville Ramada Inn on January 18. The guest conductor for the concert was George R. Boulden, an associate professor of music and the associate director of bands at the University of Kentucky, where he serves as the director of the Wildcat Marching Band and Basketball Pep Band.

KMEA District 9 is made up of 10 counties, Letcher, Knott, Pike, Breathitt, Johnson, Martin, Leslie, Perry, Magoffin and Floyd. Auditions for the All District Band were held at Pikeville High School in November and then those selected attended three days of rehearsals in Paintsville. Sixtyeight students were selected for the band.

LCC will host the KMEA Junior High School All District Band auditions in March. This concert will also be held at the Paintsville Ramada Inn this spring. In April, the LCC Band will compete in the KMEA District 9 Concert Band Competition at the Mountain Arts Center in Prestonsburg.