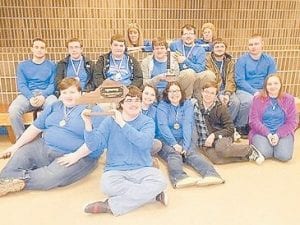 Finishing in first place in science was Cameron Wright, and Andrew Mullins was second.

The team will compete at the State Governor’s Cup Competition in Louisville March 15-17.