Learn to appreciate what you have in life 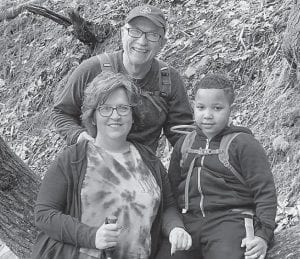 Hello everyone. I hope you had a good week as some of you went to work and some of you were at home. I believe more will be at home this week. I don’t know when we’ll get to see our sons and daughters-in-law again. They all live in Ohio and it’s going to be a long while before we get there.

We’ve been playing a lot of Catan. My brother, John, Mike, and I play. I’m glad we have each other for company. The dogs, Buddy and Lady, are always around to get attention and to give us attention.

John had to go to the store for himself one day and asked if we needed anything. That was such a nice offer that we gave him a list. I do appreciate having my brother nearby. Just having family all around is nice.

I hope those who are now homeschooling their children are enjoying the quality education time. I read a social media post that suggested parents have their children use a journal during this time. It can be their thoughts, their stories, their drawings, or anything a child would want to put in it. Then in twenty years, the child can look back at a time in history they were involved in. Sounds like a good idea to me.

Monday may be my sister’s last day of work for a while. She’ll find out when she goes to work on Monday. She was to start working a half week on Monday. My sister is Susan Ware of Lexington.

There was a post on social media that relatives in Indianapolis, Indiana could not get toilet paper. Luckily they were able to find some. I had thought about sending them a care package but I think it’s okay now.

The stores in our area have had empty shelves. I hope people aren’t hoarding items. The stores will remain open and supplies should be available.

My cousin, Gale Dean Campbell, passed away last week. He was born January 30, 1939 and died on March 16, 2020. He was 81 years old. His funeral was canceled due to the coronavirus restrictions and a memorial service will be planned for a later date.

One of my favorite country singers was Roy Clark. It was sad to hear that he had died. He was in his 80s. His songs were such great stories that you could visualize as you listened.

Church services have been canceled everywhere. There are services available on television and on the radio.

Ella Caudill drove out to Fishpond Lake on Sunday and said it was busy. There were people walking and fishing. They were maintaining a distance from each other but it was busy. She wasn’t able to find a parking spot so she left. She plans to try another day. I’m hoping the parks don’t get shut down as we need a place to go.

Donna Watts made a trip to Bad Branch Falls. I’m proud that she did this. She did this trip with Mike Watts, Eli Gordon, Kaye Short, Sharon Kay Short, and Myrel Short. The photos that Donna posted were beautiful.

If you only get one thing out of the pandemic, learn to appreciate what you have in your life. Don’t take anyone or anything for granted.

The quote of the week is attributed to John Krakauer: “Happiness is only real when shared.”

If you have any news, please email me at Cowan- News@aol.com.

Have a healthy week.