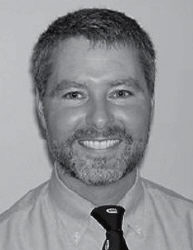 John Belden is the pastor of Covenant Reformed Presbyterian Church in Neon, Kentucky.

You may have gathered by the title above that I’m responding to an article by Fran Golden that ran two weeks ago: “Let Lindsay Lohan be example for your teen.” Many of the views set forth by Ms. Golden were quite troubling.

One view in particular was the notion that we should expect our daughters to experiment with questionable behavior because it’s “normal.” She writes: “It’s normal for girls to experiment, according to Boston based family therapist Carleton Kendrick. But spiraling out of control is another thing, and parents have the challenge of knowing the difference.”

As I read this, several questions immediately came to mind. How does Kendrick know that it’s “normal” for girls to experiment this way? I agree that it’s common. But to say something is normal implies you have an objective standard of moral truth to define normal. Consider this dictionary definition of normal: “conforming to the standard or the common type; usual; not abnormal; regular; natural.”

What “standard” or “common type” does Kendrick use to determine what’s normal? I suspect he came to this conclusion by observation. He observed countless teenage girls experimenting and concluded it must be normal.If so, this is a classic case of the is-ought fallacy (what is ought to be). Since it is the case that teenage girls experiment with potentially dangerous things; therefore it ought to be the case.

And the article said as much. Pay careful attention to Kendrick’s words: “An adolescent girl’s job is to ride the roller coaster. Risky behavior is part of frankly what should be happening during adolescence.” Did you catch that? Teenage girls engaging in behavior that is risky should be happening. It’s their “job.”

When the “experts” have no objective standard of moral truth, they often make the standard what they observe. Whatever teenage girls do becomes “normal.” But what would then keep us from saying the same thing about “spiraling out of control”? Why isn’t that normal? It happens enough. And who defines what is out of control?

There are other problems. Saying something is normal implies it’s morally right. Apparently you should let your teenage daughter experiment all she wants (even say she†”should”) but then become concerned only when she begins to “spiral out of control.” The challenge, the writer says, is “knowing the difference.” Without a standard, I’m not sure how one can know the difference.

But what difference does it make whether or not you know the difference? By then, isn’t it too late? If your teenage daughter is “spiraling out of control”, then aren’t you a little behind the game? Good for you that you know the difference. But what good does it do if you have already encouraged her to “experiment” with drugs and now she’s addicted?

Your job as Christian parents is to teach your children to see sin’s proposals for what they are. They’re like bait on a hook. A fish can’t see the thin line that runs back to the large boat. All it sees is the enticing worm. Sin does the same thing. It presents itself as a harmless experiment. Kendrick’s philosophy of child-raising encourages parents to teach teenage girls to bite the hook and not worry until they’re being reeled in.