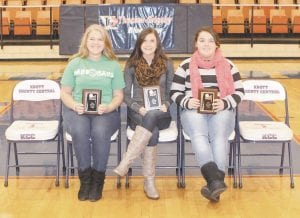 THE JENKINS CAVALIERS landed three players on the All- 53rd District Volleyball Team. They are Sara Gilley, Reanna Elswick and Alyssa Rose.