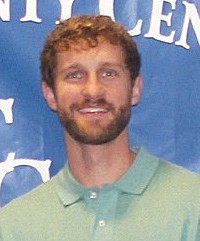 Letcher County Central High School is without a basketball coach after the site-based council for the school declined to renew the contract of Coach Winston Lee.

Lee, who is also the track coach at the school, announced on his Facebook page that his contract as basketball coach was not renewed for the coming year.

“As I’ve always told players, at some point life will pull you down. The world owes you nothing. We may experience loss and failure, we may experience a close one’s death, a divorce or lost relationship, a financial struggle, not getting the job, being fired, cut, mistreated, then what?” Lee wrote on his Facebook page. “Get up. Be strong. Hold no ill will. Just play.”

This was Lee’s third season as head coach, and he was assistant coach for several years before that. The team won the 53rd District Tournament last year, but faced the challenges of playing during the COVID-19 pandemic this year.

Lee could not be reached for comment Tuesday evening.

LCC Principal Scottie Billiter said he cares about everyone at the school, and it was not an easy decision to end Lee’s contract.

“Coaching is a year-to-year contract. At the end of the year, we always reflect back on it and see where we are, and we just thought a change was necessary,” Billiter said.

He said the school council will appoint a committee to screen applicants and “find the best person for our students.”

Lee wrote an emotional Facebook post filled with memories of his teams, his coaching staff and friends, and said he will continue to focus on his history students, his track team and his softball team, The Crush, for the next few weeks. Then he will “spend some serious time soul searching.”

“(I) Appreciate the support and everyone that believed in me. Promise to prove you right somewhere down the line. Coaching staff, I could never thank you enough. I love Letcher County and its people. I will forever strive to do better,” Lee wrote. “(I) Hope the community understands I wholeheartedly tried to do what was right in order to get our program to the next level. Some don’t understand, never will, and that’s okay. In my mind, it required two steps back to take the biggest step forward, I got caught midstride and that’s okay. I approached this as more than a job and that’s not okay.”