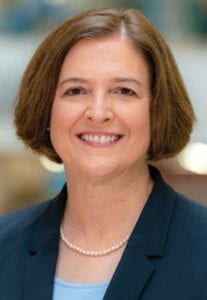 A Letcher County native is set to become the second woman ever to be named president of Texas A&M University later this month.

Margaret Katherine “Kathy” Banks, a native of Colson who grew up in Whitesburg, has been the dean of the university’s College of Engineering for 10 years. The university’s Board of Regents announced on Thursday that she is the only finalist for president.

Banks is the daughter of Peggy Banks of Lexington and the late Estill Banks, Sr. and a granddaughter of the late Lucky and Katherine Banks of Colson. She is a 1978 graduate of Whitesburg High School.

The president’s position was vacated December 31 when Michael K. Young retired to lead the university’s Institute for Religious Liberties and International Affairs within the Bush School of Government and Public Service. John Junkins has been interim president since January 1.

Texas law requires the board to wait at least 21 days before naming a president from the list of finalists, even if the list includes only one name. She is expected to take over June 1, when Junkins returns to his previous position as a professor of aerospace engineering. 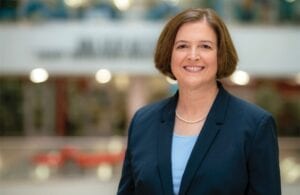 Banks emerged as the only finalist after a nationwide search for a president. In addition to being Dean of Engineering, she is Vice-Chancellor of Engineering and National Laboratories for The Texas A&M University System, Director of the university’s Engineering Experiment Station, University Distinguished Professor, and Harold J. Haynes Dean’s Chair Professor.

“This is a tremendous honor,” Banks said. “The core values of Texas A&M, its rich traditions, unique culture and commitment to the greater good is the very foundation of this great university and resonates deeply with me. I hope to build upon that framework in our pursuit of preeminence, without losing what makes Texas A&M so special. Texas A&M is one of a kind and there’s nowhere else I’d rather be.”

During her time at the university, she spurred unprecedented growth in the College of Engineering while also being a leader in some of the A&M System’s greater accomplishments, including recruiting the Army Futures Command to the RELLIS Campus and winning a federal contract to help manage Los Alamos National Laboratory.

“The Board was excited to know the search yielded tremendous interest and many qualified candidates,” said Elaine Mendoza, Chairman of the Board of Regents. “This speaks to the stellar reputation, credibility and positive momentum of Texas A&M University. The board is confident that Dr. Banks will lead the university to even greater heights while celebrating the traditions and spirit that make Texas A&M unique.”

Banks is a member of the National Academy of Engineering and a Fellow of the American Society of Civil Engineers.

When she was hired as Vice-Chancellor and Dean in 2011, the enrollment in the College of Engineering was 11,113 students, with about 425 faculty members. Today, there are 21,250 engineering students and 710 faculty members.

That growth has been intentional. Banks sought to enhance educational delivery, expand research and teaching facilities and improve faculty recruitment and retention.

Through her growth program, Banks increased access to qualified engineering students while reducing the number of students in each class. No engineering class has more than 100 students and more than half of the classes do not exceed 50 students.

Banks also addressed the cost of higher education by creating engineering academies with community colleges around the state. Students are co-enrolled in Texas A&M engineering courses while taking their basics at their local community colleges. By living at home, the students can shave thousands of dollars from their education costs before transitioning to College Station.

In addition to leading the College of Engineering at the flagship campus, Banks as vice-chancellor also oversees engineering educational programs at seven universities throughout the A&M System, as well as three state agencies: the Texas A&M Engineering Experiment Station (TEES), the Texas A&M Extension Service (TEEX) and the Texas A&M Transportation Institute (TTI).

Banks led the A&M System’s competition to manage Los Alamos National Laboratory. In 2018, a bid by the Texas A&M System, the University of California and Battelle Memorial Institute won the management contract worth $2.5 billion per year.

A year later, Dean Banks was critical in developing the George H.W. Bush Combat Development Complex on the RELLIS Campus in Bryan, and facilitating research and testing partnerships with the Army Futures Command. The complex includes what will become the nation’s largest hypersonic testing tube, one kilometer long and two meters wide.

Building upon engineering research expertise in hypersonics, Banks helped position the Texas A&M System to become the nation’s hypersonic research capital, as recognized by the U.S. Department of Defense’s selection of TEES to lead its national hypersonics consortium with $100 million in funding over five years.

Kathy Banks and her husband Paul Schwab, a soil and crop sciences professor in the College of Agriculture and Life Sciences, have six children and four grandchildren, with a son, daughter-in-law, and son-in-law who were graduated from Texas A&M.