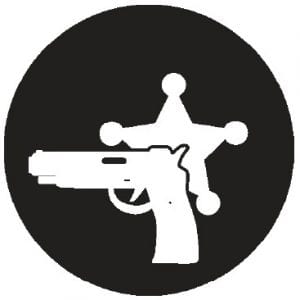 Note: Because of a problem with a computer program, information gathered by the Letcher County Sheriff ’s Office for its daily “dispatch log” has not been available on a consistent basis for the last few weeks. Deputy Sheriff Eugene Slone has been working to solve the problem.

• At 2:37 p.m., a resident of Little Oak Street, Jenkins, asks the Letcher County Sheriff ’s office for assistance with unlocking a green Ford Ranger with the keys locked inside.

• At 4:12 p.m., a resident of Coal Avenue, Neon, calls the sheriff ’s office to request assistance with unlocking a Camaro with the keys locked inside.

• At 4:35 p.m., a resident of KY 931N, near the Polly- Camp Branch community, reports that a neighbor walked out of his home blowing an air horn and threatening to kill her dogs. A sheriff ’s deputy is dispatched to the scene.

• At 5:34 p.m., a Letcher County woman who suffers bipolar disorder calls the sheriff ’s office to complain about inappropriate advances made toward her by a mental health caseworker from elsewhere in eastern Kentucky who was assigned to her case in January 2009. The woman said the inappropriate behavior escalated last July when the worker grabbed her knee while transporting her to the doctor. She said that when she refused his advance he told her he was sorry and would be “a good boy.” She says another such advance occurred this past December, when the caseworker asked if he could take her to a cabin in Tennessee “just to get away.” She said he again apologized after she told him, “Dude, you are married.” The caller cited other incidences of the caseworker coming into her house without knocking and sitting on the edge of her bed while she was sleeping. She said the caseworker again contacted her yesterday, said he hadn’t seen her in a while and needed to make a home visit. She said she contacted the agency where caseworker is employed and was told his last day of work was February 20. Extra patrol has been assigned to the area where the woman lives.

• At 6:01 p.m., a resident of KY 805, Jenkins, reports seeing four people in a gold Ford Ranger stealing metal from an abandoned house and building located behind her residence.

• At 9: 25 a. m., a resident of Tammy Acker Drive, Neon, calls the sheriff ’s office to report that a neighbor’s dog has been coming onto her property and fighting with her dog and growling at her and her children and grandchildren. A deputy will be assigned to speak with the neighbors who own the offending dog.

• At 5:39 p.m., a Craft’s Colly resident calls the sheriff ’s office to complain about loud music coming from a house located about 100 yards from his residence. The man who is complaining says he has to work nights and can’t sleep. A deputy is assigned to patrol the area but notices no disturbance.

• At 7:30 p.m., a deputy is dispatched to assist Kentucky State Police with a possible break-in at CSX property at Canoe Road, Letcher.

• At 9:09 p.m., a Haymond man calls the sheriff ’s office seeking advice on whether he can seek legal action against his girlfriend of five years who has kicked him out of the house they were leasing and changed the locks. A deputy will be assigned to contact the man.

• At 9:37 p.m., an anonymous caller tells a sheriff ’s dispatcher that “three guys” are in a bank parking lot in Whitesburg, arguing and “possibly smoking pot.” The complaint is forwarded to the Whitesburg Police Department.

• At 9:59 p.m., a deputy is dispatched to a home at Burton Hill, Letcher, where a burglar alarm is sounding.

• At 10:03 p.m., a Haymond woman tells a sheriff ’s dispatcher she suspects her former boyfriend of causing damage to the truck belonging to her current boyfriend. The woman said she saw her ex-boyfriend walk by her house before her new boyfriend’s truck “locked up on the road.” She believes the ex-boyfriend removed the drain plug from the truck’s oil pan because there is a puddle of oil where the truck was parked before it became disabled.