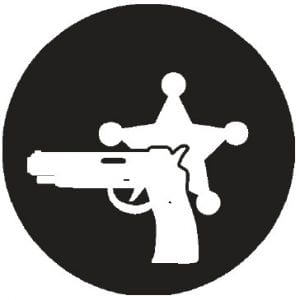 • At 11:02 a.m., an anonymous caller contacts the Letcher County Sheriff ’s Offi ce to report what appears to be drug activity occurring in the parking lots around a shopping plaza at Garner Mountain, near the Letcher- Knott County line.

• At 11:51 a.m., a McRoberts woman contacts the sheriff ’s office to report a telephone call she received from a San Diego, California company representing Dell Computers. The woman tells a sheriff ’s dispatcher that a woman who is now deceased ordered a computer in the caller’s name for $3,500, and that Dellassociated Midland Credit Management called her about the apparently pastdue account.

• At 11:52 a.m., a Letcher sheriff ’s deputy reports his arrival at a home at Hardwood Drive, UZ, to assist social services on a call.

• At 1: 21 p. m., a representative of the mental health agency Kentucky River Community Care asks the sheriff ’s office to dispatch a deputy to a home in the Hemphill area to conduct a welfare check on a KRCC client who says he has been experiencing suicidal thoughts.

• At 2:15 p.m., a Letcher sheriff ’s deputy arrives at the Harlan County Jail with orders to transport a Letcher County prisoner to Kentucky River Community Care, but discovers upon arriving that Harlan jail officials have already taken the prisoner to KRCC themselves.

• At 2:18 p.m., a deputy arrives at a home on Yonts Fork, Hemphill, to answer a complaint but is told by an occupant of the home that the owner is not there and that the occupant has “strict orders” not to let anyone in the home, especially police officers. The deputy looks for the homeowner but leaves after being unable to make contact with the subject.

• At 2: 49 p. m., a concerned citizen telephones the sheriff ’s office to report a brown Ford Ranger truck carrying two males and a female who appear to be looking for scrap material around the Indian Bottom Church. The complaining party soon calls back to explain that everything is okay, and the three were in the area cleaning up around a neighbor’s property.

• At 4: 07 p. m., a man from Squirrel Drive, Jenkins, calls the sheriff ’s office to report an extremely dangerous dark brown pit bull dog that is running loose in his neighborhood and has tried to attack him and his family. The man said he first called Jenkins City Police, but was told by that agency to call the Letcher County Judge/ Executive’s office and report the situation to the county dog warden. The man said the judge’s office told him the dog warden had already gone home and that he should call the sheriff ’s department instead. The caller is told that an officer will contact the dog’s owner.

• At 7:34 p.m., the sheriff ’s department is notified of a loud argument between a man and woman at Diamond Drive, Colson. Upon arriving at the home, a deputy learns a male subject is drunk and has assaulted others at the home. The deputy also learns the male left on foot, after which his family members were allowed to retrieve his belongings from the home.

• At 7: 45 p. m., a resident of Clay Hollow, Camp Branch, calls the sheriff ’s office seeking information about a case involving an all- terrain vehicle being operated by subjects stealing metal.

• At 2:59 p.m., a woman contacts the sheriff ’s office to report a male identifying himself as an employee of the Internal Revenue Service has just contacted her. The woman said the caller asked that she wait 45 minutes and contact Mr. Miller at the IRS at 1- 716- 242- 7163. She said she did as asked, but said the call was answered by a male with a foreign accent who hung up on her when she asked to speak with Mr. Miller.

• At 11:39 p.m., a Craft’s Colly resident tells a sheriff ’s dispatcher he hasn’t heard from his 27-year-old daughter in several days and is afraid she is being held against her will at a Mayking home. A deputy sheriff contacts the woman in question, who says she is fine and advises that her father is just intoxicated and angry with her.

• At 9:12 a.m., the sheriff ’s office is notified that someone stole a 57-yearold Burdine woman’s food stamp card while the woman was admitted into the psychiatric center at Hazard ARH. The caller says the card had been kept on top of the woman’s refrigerator before it was stolen, either on February 18 or 19, and that it has been used several times since. The state’s Electronic Benefit Card (EBT) contractor is notified and will have a member of its fraud team contact Deputy Sheriff Eugene Slone within 48 hours.

• At 3:16 p.m., a sheriff ’s deputy reports he has been unable to serve an Emergency Protective Order naming a subject from Roger Street, Blackey, despite checking four different locations.

• At 5:27 p.m., a Dollar General Store employee reports that a male subject frequently steals items from the healthcare products shelves by taking medicines out of their boxes and leaving the empty boxes behind. The caller provides the license plate number on the vehicle in which the subject has been seen leaving the store. The automobile is registered to a Thornton woman.

• At 6:44 p.m., a Sandlick woman reports that her “uncle’s woman” has stolen her jewelry as well as clothing that belongs to the caller’s children. The caller says she will come to Whitesburg in the morning to obtain an arrest warrant.

• At 2:32 p.m., a Sandlick man tells a sheriff ’s dispatcher that he has been threatened by a man who says he is going to stomp him in the ground. The caller says the Letcher County Attorney’s Office is aware of the continued threats, and asks that the most recent one be logged.

• A 5:45 p.m., a woman calls the sheriff ’s office to report a telephone call she received from a man with a foreign accent who said he wanted to check the Windows application on her home computer. The woman is advised the call was a scam.

• At 6:26 p.m., a Kentucky State Police dispatcher contacts the sheriff ’s office to report a call received at KSP Post 13 from an Eolia man. The dispatcher said the man, who is on house arrest, has noticed that some of his tools have been stolen and wants an officer to come to his home and prepare a police report.

• At 9:55 a.m., a woman from Solomon Road, Whitesburg, reports that her estranged husband has been stalking her at her home even through an Emergency Protective Order requires him to stay at least 1,000 feet away from her at all times. The woman is advised to contact the sheriff ’s office the next time the man shows up in the neighborhood.

• At 10:04 a.m., a sheriff ’s deputy is dispatched to Sergent to unlock a black Honda Accord that has been locked with its keys still inside.

• At 12:11 p.m., a Partridge man advises the sheriff ’s office that his ex-wife and her boyfriend are having a loud domestic dispute and says he is afraid that “something will happen.” A sheriff ’s deputy will make contact with the quarreling couple.

• At 3:18 p.m., an employee with Jace Firearms in Whitesburg calls the sheriff ’s department to report a man who appears to be trying to disguise himself.

• At 4:07 p.m., a minor traffic accident involving two vehicles at the Arby’s store at Ermine is reported. No Emergency Medical Services vehicles are needed.

• At 5:53 p.m., a man from UZ calls the sheriff ’s office to request a deputy visit his home to speak with him about his father-in-law accusing him of stealing his pills and other personal property.

• At 6:20 p.m., the sheriff ’s office receives a call for assistance at a Sandlick residence where a black Chevy pickup truck is locked with its keys still inside.

• At 6:21 p.m., the sheriff ’s department is asked to send a deputy to the Jeremiah Missionary Baptist Church to unlock a blue Dodge minivan with its keys still inside.

• At 9:32 p.m., a woman from Ramey Fork, Haymond, calls the sheriff ’s office to ask why Sheriff Danny Webb has taken possession of a 1991 Ford pickup truck.

• At 3:29 p.m., a deputy sheriff is en route to a home at Midland Drive, Little Colley, to unlock a Ford Focus.

• At 8:18 p.m., a deputy sheriff is en route to a home at Turkey Creek to assist with a domestic violence complaint.

• At 11:31 p.m., a resident of Golf Course Lane, Mayking, calls to report suspicious activity in the parking lot of nearby TLC Daycare. Officers respond but are unable to locate anyone.

• At 9:40 a.m., a UZ woman calls the sheriff ’s office and says she was asked by Kentucky State Police Trooper Brandon Thomas to give a detailed description of a motorcycle stolen from her home. The motorcycle is a red Honda XR-80 with metallic stickers and the name Shaun spelled twice on it. It has a custom-made trench coat seat cover with ties holding hand guards on it. The bike also has a muffler with holes drilled in it.

• At 9:52 a.m., the sheriff ’s office is asked to investigate a civil matter involving a blocked road to a cemetery at Yonts Fork, Jackhorn.