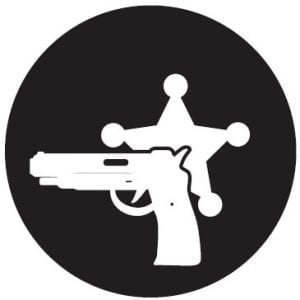 • At 9: 26 a. m., a Cromona man calls the Letcher County Sheriff ’s Office to request that a deputy visit his home on Austin Road to look at damage to his vehicle he says was caused by neighboring children playing with a football. The caller is advised the incident is a civil matter.

• At 11:26 a.m., the sheriff ’s office is notified that a technician is working on an ATM machine at the West Whitesburg branch of Whitaker Bank.

• At 3:50 p.m., an ambulance is dispatched to an accident scene at an unnamed road in the Neon area where someone has ran into the ditch and appears to be hurt. The Neon Police Department is also notified.

• At 3:52 p.m., a woman who lives on KY 7 South at Isom reports that she had been waiting for an employee of the Letcher County Water and Sewer District to arrive at her home to unlock her water meter. The woman says she had to leave the home for a while and returned to find that her $500 Maltese puppy is missing.

• At 4:40 p.m., a caller from Burton Hill Road, Letcher, asks the sheriff ’s office to prepare a police report he needs concerning a stolen central heating and air-conditioning unit.

• At 6:03 p.m., a deputy sheriff is en route to Hazard with a male prisoner he is transporting to a psychiatric center.

• At 9:06 p.m., a Sandlick woman calls the sheriff ’s office to complain about a 31- year- old male and 24- year- old woman she accuses of burglarizing a residence she owns. After making contact with the man and woman, a deputy discovers they have been renting the trailer, and accuse the homeowner of trying to evict them unlawfully. The deputy tells the couple they have a 30-day period under state law to vacate the home after they are notified they are being evicted. The deputy is also concerned about the condition of the couple and contacts family members to urge that they be taken to a hospital for observation.

• At 7:59 a.m., ADT Se- curity notifies the sheriff ’s office that a burglar alarm is sounding at a home on KY 931 N near Camp Branch. A deputy checks the residence and finds everything to be OK.

• At 12:43 p.m., a caller from Music Drive, Cowan, reports that a female came onto her property without permission and damaged her vehicle by pushing it around with the vehicle in which the alleged trespasser arrived. The caller says the woman then came onto her porch and tried to damage the front door of the caller’s home while accusing the caller of “ruining her son’s life.” The caller says she then protected herself by punching the alleged trespasser in the nose. A deputy is advising the caller on how to handle the incident in the criminal court system.

• At 1:26 p.m., a sheriff ’s deputy is en route to a home in Adams Branch, Jeremiah, where a caller dialed 911 and hung up the phone before talking.

• At 8:55 a.m., a representative of the Hazard ARH Psychiatric Center reports to the sheriff ’s office that a female patient is threatening to burn her husband and herself in their home after she is released from the hospital. Deputies are trying to contact the husband via telephone but have been unable to so far.

• At 11:26 a.m., a sheriff ’s deputy answers a call about fighting among family members at a residence in Bill Lewis Hollow, Kona. Six minutes later, the deputy reports that he has arrested a male who had been armed with a butcher’s knife while arguing with his family.

• At 6:03 p.m., a deputy is in the Isom area looking for a woman and her children who reportedly have been living in the woman’s vehicle. At this time, the deputy is unable to locate the woman or her children.

• At 9:37 a.m., a woman calls the sheriff ’s office to report the driver of a white Suzuki XL7 vehicle. The caller says the vehicle has passed her twice already while she is waiting to turn right at an intersection. The caller said the Suzuki passed her once on a double-yellow line and almost hit the vehicle in which the caller and her small child are traveling. The caller has the license number of the Suzuki and says it is missing a fender and headlight. A deputy is logging the complaint and advising the caller to contact to office of Letcher County Attorney Jamie Hatton.

• At 9:43 a.m., a anonymous caller tells the sheriff ’s office he was doing utility work in No. 6 Hollow at Jenkins, noticed a really bad odor and is informing police in case someone wants to investigate the source.

• At 9:43 a.m., a deputy is dispatched to the Whitco Trailer Park to unlock a Dodge Neon automobile whose driver has locked the keys inside.

• At 5:02 p.m., a Haymond woman calls the sheriff ’s offi ce and says her daughter has taken her grandchildren and is living with them in a black Mercury Mountaineer at Fishpond Lake. The caller is told a deputy sheriff will be in touch with her soon.

• At 5:08 p.m., a woman calls on behalf of her brother who has been evicted from a mobile home on Sandlick. The woman says the property owners are throwing a party at the mobile home even though her brother’s belongings are still inside.

• At 5:47 p.m., a resident of Tomahawk Trail, Letcher, calls the sheriff ’s office to ask for extra patrol in that neighborhood.

• At 5: 49 p. m., a man calls the sheriff ’s office to report information about his daughter who has been missing and was believed to be living out of a car at Fishpond Lake. The caller says someone has submitted a post to Facebook in which he or she says the daughter was last seen at the North Fork Reservoir near Pound, Va., in a blue Chrysler minivan.

• At 6:55 p.m., a Roxana man reports to the sheriff ’s office that he has been putting signs up on his property only to have two other men tear them down and throw them onto his driveway.

• At 10:28 p.m., a resident of Woodrock, Blackey, requests that extra patrol be sent into the neighborhood.