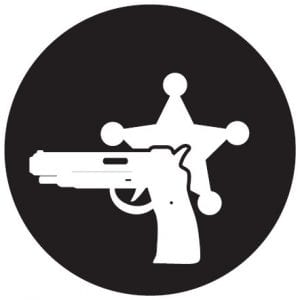 • At 12:31 p.m., a deputy with the Letcher County Sheriff ’s Department is assigned to be present at a Dunham home while a woman is there to retrieve her personal belongings.

• At 1:30 p.m., a Blackey woman in poor health reports to the sheriff ’s office that her daughter just threatened her by drawing her fist back to hit her. The woman reports that the daughter is living with her husband and children in a home that is filthy and has no electricity. She says that both her daughter and son-in-law are on drugs.

• At 2:23 p.m., a Whitesburgarea woman reports to the sheriff ’s office that she has lost her driver’s license.

• At 9:25 a.m., a sheriff ’s deputy reports that he is on the Camp Branch side of Thornton Road looking for Gary Thomas, who is wanted on two active warrants.

• At 9:32 a.m., a sheriff ’s deputy in the Thornton area searching for a wanted man informs a Whitesburg attorney that a vehicle belonging to the attorney’s son is sitting at the entrance to an old strip mine road with an iPad tablet computer and other valuables visible. The deputy hid the items from sight and locked the doors to the vehicle.

• At 10:10 a.m., a sheriff ’s deputy reports that he has made contact with a Thornton-area man named in two arrest warrants and is returning to headquarters.

• At 10:35 a.m., a female motorist is asking for police assistance after being involved in a verbal confrontation at the traffic signal between Wendy’s and Frazier’s Farmer Supply. The Whitesburg Police Department is notified of the request.

• At 11:23 a.m., an employee of Isom IGA reports to the sheriff ’s office that a customer of the store had been walking around the baseball fields behind the store when he or she saw a door to a concession stand ajar and heard a cash register being opened.

• At 1:14 p.m., a sheriff ’s deputy reports that a pit-bull dog tried to bite him outside a home at Shelby Fork, Deane, while he was attempting to serve arrest warrants naming a female subject.

• At 1:35 p.m., a deputy sheriff is dispatched to Burton Hill Road at Letcher for extra patrol.

• At 4:17 p.m., a deputy sheriff is leaving Pine Creek Road, Mayking, where he has been serving an eviction notice to the occupants of an apartment.

• At 9:35 a.m., a caller from Short Hollow, McRoberts, says a horse is running loose in the neighborhood and its owner refuses to do anything about it.

• At 10:15 a.m., a sheriff ’s deputy reports finding no indication that methamphetamine was being made in a Thornton area home.

• At 10: 33 a. m., a man and woman call the sheriff ’s office from Schuler Branch, Deane, to report the presence of a white Chevrolet car sitting in the driveway to their home. A check of the car’s Pike County license plate shows that it has not been reported stolen. The callers are advised to have the vehicle towed.

• At 3:45 p.m., a deputy sheriff reports he is leaving Pistol City, located between Sandlick Gap and Camp Branch, after conducting “knock and talks” and traffic stops while investigating reports of illegal drug activity.

• At 3:58 p.m., a man tells the sheriff ’s office that his nephew has forged his uncle’s name onto a “lost title” application and was given access to a 2002 pickup truck that belonged to a man who died recently.

• At 4:11 p.m., the owner of a 1999 Toyota Camry calls to request assistance with unlocking the car, which is in the Walmart parking lot. The Whitesburg Police Department is notified.

• At 6:21 p.m., a sheriff ’s deputy reports being at a home near the mouth of Pert Creek, Mayking, in reference to a stolen vehicle. The deputy leaves the home at 7:01 p.m.

• At 10:06 p.m., a sheriff ’s deputy reports that he is leaving Thornton after being unable to locate a subject who is being involuntarily committed to psychiatric evaluation.

• At 1:25 p.m., a Camp Branch man calls the sheriff ’s office to complain about someone sitting in a car beside the road in the Cane Hollow area. A dispatcher indentifies himself to the caller, after which the caller says his complaint will do no good since the dispatcher has the same last name as the people he is complaining about. The dispatcher tells the caller that sharing the same last name does not mean he would tip others off about the complaint. The caller then says he will discuss the matter with Sheriff Danny Webb on Monday and hangs up on the dispatcher.

• At 1:32 p.m., a man calls the sheriff ’s office to complain about a large dog barking all night and keep people awake in Allen K Hollow, Little Colley. The man is told a deputy sheriff will contact him at 4 p.m.

• At 6:33 p.m., a sheriff ’s deputy is en route to Thornton where a man is allegedly threatening a woman and removing items from her home. The deputy helps negotiate an agreement under which the man will return with a pickup truck later tonight to remove the rest of his belongings

• At 6:34 p.m., a Blackey resident asks to speak with a deputy sheriff to report vandalism and theft that occurred at his home while he was away in Lexington. The man says he has photos of the perpetrator, who was wearing a ski mask, on a trail camera.

• At 7:42 p.m., a deputy sheriff is en route to the Neon area to assist Kentucky State Police on a domestic violence call. At 8:43 p.m., the deputy reports that he is taking a person arrested during the disturbance to the Whitesburg hospital.

• At 7:43 p.m., a woman reports that someone has taken a television from her maroon Suzuki parked at Sandlick Gap.

• At 9:14 a.m., a McRoberts woman reports getting a telephone call from a man identifying himself as John Perry with Bank of America. The phone number from which “Mr. Perry” called is 876-845-2943. A deputy advises the woman that the call is an attempted money scam and urges her to disregard future calls from the man.

• At 4:16 p.m., a McRoberts woman asks to speak with Deputy Sheriff Eugene Slone about two boys she accuses of shooting water guns at her while she tries to mow her grass and with stealing string out of her weed trimmer. She identifies the boys as being the sons of a nearby renter, and says someone has also been digging in her flowers and cutting trees on her property.

• At 4:52 p.m., a sheriff ’s deputy reports being unable to make contact with a Kingscreek man in connection with a matter being addressed by social services workers.

• At 4:59 p.m., a sheriff ’s deputy contacts a Mayking man to discuss allegations that his two juvenile sons are drinking and taking drugs at his home while he is away working. The man denies the allegations and asks for proof that the illegal activity is taking place. The deputy answers by saying one young woman left his home last Tuesday or Wednesday with a blood-alcohol level of .20 after she drank a large amount of vodka. The deputy says another boy was so heavily intoxicated that he was out in the middle of the road yelling at cars as they passed by. The man becomes very angry and accuses the deputy of lying. The deputy then tells the man that social services will be contacted and arrests made if the behavior continues. Sheriff Danny Webb is updated about the situation, which will continue to be monitored by the deputy.

• At 6: 21 p. m., a Haymond woman informs the sheriff ’s office about a red truck parked outside Kenneth Cantrell’s old homeplace. Mr. Cantrell has passed away. The caller has been asked to watch the home by those who have inherited it.

• At 9: 33 a. m., a Haymond woman says she returned home around 11 a.m. yesterday to find a woman sitting on the front steps of her home. After noticing that someone had removed the siding from a home she owns next door, the caller is told by the woman that the siding was taken by her half-brother, who lives at Wheaton Hollow, Jenkins. The caller says that about noon, the woman returns to her home crying and asking her not to be mad at her. The caller said that later in the day, the man who took the siding offered her $10, which he said was half of what the siding brought at the salvage yard. The caller said she refused to take the money and ordered the man off her property. The caller said her own half-brother saw the man and identified him as the halfbrother of the woman who was found sitting on her steps, both of them from Haymond Hill. The caller tells a sheriff ’s dispatcher that she will obtain arrest warrants from the Letcher County Attorney’s Office.

• At 3:25 p.m., a man from Allen Branch, Ermine, tells a sheriff ’s dispatcher the name of another man he accuses of stealing as many as 300 ginseng plants from his property without his consent. The matter has been referred to Assistant County Attorney James Hubbard and Kentucky Department of Fish and Wildlife Resources Officer Homer Pigman.

• At 8:49 p.m., a elderly woman from Cromona uses her cell phone to call from the Whitesburg hospital and report that her daughter has admitted to taking all the money out of the woman’s checking account while she is hospitalized. The caller says her checking account is now overdrawn and that she wants to move away from the daughter when she is released from the hospital, but that the daughter is refusing to let her retrieve her belongings. The caller said her daughter used her money to buy a trailer in which they live, but the daughter is now claiming sole ownership of the mobile home.

• At 4:39 p.m., a man calls the sheriff ’s office to report coming home to find his wife in bed with his first cousin. He says the cousin “hit the hills.”

• At 11: 39 a. m., an Ermine woman tells the sheriff ’s office that her daughter-in-law is taking Lorcet pain pills while driving a vehicle with her three children as passengers. The caller says the daughter-in-law is going to a pain clinic, but doesn’t know for what purpose.

• At 6:26 p.m., a caller who wished to remain anonymous reports smelling a strong odor coming from the area of an overlook near the top of Pine Mountain near Whitesburg. The caller said she smelled the odor after hearing news of a girl missing in the area.