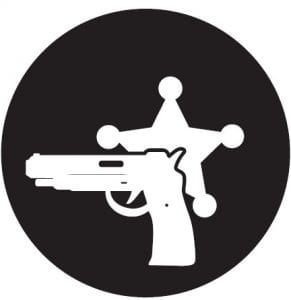 • At 3:04 p.m., a Neon man calls the sheriff ’s office to report that every time he and his family leave their home the caller’s brother-inlaw stops them and “jumps onto them.” The caller is referred to the offices of Letcher County Attorney Jamie Hatton.

• At 3:06 p.m., a resident of Ammo Drive, Whitesburg, brings information to the sheriff ’s office concerning a gun that was stolen from the home in July.

• At 4:26 p.m., a sheriff ’s deputy is en route to Elaine Road, Roxana, where a man reports his son is having a verbal altercation with another man.

• At 10:12 a.m., a deputy arrives at a home on Thornton Road to conduct a “knock and talk” with two women who are reported to be selling drugs. No drugs were found.

• At 7:19 p.m., a deputy sheriff unlocks an automobile with the keys still in the ignition at Pine Creek after already being in the area to serve an arrest warrant.

• At 9:56 p.m., a resident of Ginseng Drive, Jenkins, reports hearing six gunshots and adults screaming at each other. The sheriff ’s department learns later that what was originally believed to be gunshots was actually fireworks being lit by children.

• At 1:16 p.m., a woman calls to report a fight that is in the process of breaking out between two men on Pert Creek, including one who has just gone to his truck to retrieve what the caller believes is a weapon.

• At 1:31 p.m., Kentucky State Police report to the sheriff ’s office that a medical helicopter will be landing soon at Cowan School to transport a victim injured in a traffic accident at Cassel Caudill Branch on Little Cowan. The medical evacuation flight is necessary for treatment of facial trauma suffered by one of the drivers involved in the accident.

• At 10:56 p.m., a resident of Indian Creek Road at Democrat reports that her dogs are barking, which she says is unusual. The caller says she is unsure of the reason why the dogs are barking and is too afraid to go outside to look. The call is referred to Kentucky State Police as a possible prowler complaint.

• At 9:46 a.m., a sheriff ’s deputy is dispatched to the food stamp office at Ermine to unlock a gray Ford Explorer with the keys locked inside.

• At 9:50 a.m., Deputy Sheriff Eugene Slone begins a case of theft of identity by another after a resident of Clark Drive, Blackey, reports that she has just received a letter from the Internal Revenue Service stating that someone else has used her personal information, including her Social Security number, to file a 2013 federal income tax return.

• At 10:20 a.m., a resident of Alaska Avenue, Whitesburg, reports a case of forgery to the sheriff ’s office. The man says he was going over his bank statement and saw where two checks he did not authorize were cashed at the Pound, Va., Foodland grocery. The office of Letcher Commonwealth’s Attorney Edison Banks suggests the man report the incident to the Wise County Sheriff ’s Office.

• At 11:09 a.m., a sheriff ’s deputy reports that he has unlocked a red Sierra truck at an unnamed Dollar General Store parking lot.

• At 1:07 p.m., workers at a West Whitesburg business notify the sheriff ’s department about a woman who is intoxicated and driving a white Jeep toward downtown Whitesburg. The Whitesburg City Police Department is notified.

• At 1: 50 p. m., a woman is referred to the Court Designated Worker’s Office after reporting that a juvenile girl has been harassing her by telephone and text and threatening to cause her bodily harm.

• At 3:54 p.m., a resident of Highway 7 North, Deane, reports that a woman drinking at a Deane garage called to tell him she is on her way to his house. The caller says he does not want the woman at his house and asks the sheriff ’s office to intervene. A deputy attempts to call the woman, but is unable to make contact.