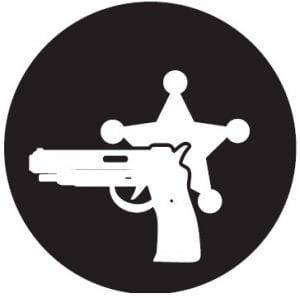 • At 3:45 p.m., a Letcher County Sheriff ’s Office deputy is assisting social services workers at Sergent, where they are attempting to locate a subject who may be wanted in the state of Louisiana.

• At 3:59 p.m., a caller from Cook Branch, Mayking, reports to the Letcher County Sheriff ’s Office about a gun that was stolen four years ago. It was originally thought the gun had been stolen by a neighbor, but the caller says the owner’s stepfather-in-law has admitted to his wife that he is the one who stole the .12-guage pump shotgun. The caller, who says a black powder rifle was stolen with the shotgun, says the stepfather is also wanted for check forgery and is preparing to move to West Virginia.

• At 6:12 p.m., an alarm sounds at Stamper’s Branch, Isom. The owner is working on his house and the alarm sounded by mistake.

• At 2:30 p.m., the sheriff ’s office recommends that a member of the family of a distraught man obtain a petition to have him involuntarily committed to a mental health institution. The recommendation comes after a caller reports that the man is highly intoxicated and “out of his mind” near Skyview Park at Ramey’s Fork, Cromona. The caller said the man’s ex-wife is afraid he will kill himself and says he put two rifles in the back of his truck yesterday while saying he would be better off dead. The caller said the man made the comments after he had attended the funeral of a friend and said it should be him in the casket instead.

• At 3:06 p.m., a sheriff ’s deputy opens an investigation after a caller from Jenkins tells him she has just received a letter from the Internal Revenue Service informing her that someone has used her identity to file a 2013 federal tax return.

• At 3:53 p.m., a woman from Craft’s Colly reports to the sheriff ’s office that someone has broken into an outbuilding at her home.

• At 8:37 pm., a deputy answers a call at mobile home in the White Oaks Square trailer park, Mayking, in reference to a stolen dog.

• At 8:47 p.m., the sheriff ’s office is notified that a crowd is “getting rowdy” in the Fleming-Neon Gymnasium.

• At 9:59 p.m., a sheriff ’s deputy is en route to Isom with a man and woman and four children whose car broke down at the Fleming- Neon Gymnasium.

• At 10:54 p.m., a caller from George’s Branch Road says she had to leave her home because she had a fight with her boyfriend who is extremely intoxicated and threatening to shoot himself.

• At 5: 05 p. m., a man from the Carbon Glow community calls the sheriff ’s office to report that a Kinzer Drilling Company gas well is leaking and gas fumes are in his home. A dispatcher informs the Kentucky State Fire Marshal’s office and Letcher Fire and Rescue.

• At 5:06 p.m., a woman from the Carbon Glow community calls the sheriff ’s office to report that a Kinzer Drilling Company gas well is also leaking fumes into her home. The Kentucky State Fire Marshal’s office has said it won’t respond tonight. Letcher Fire and Rescue is again notified.

• At 5:45 p.m., a woman from Chip Drive, Thornton, reports the male driver of a black Chevy 1500 pickup that was traveling at a high rate of speed and almost ran over her children and dogs. A deputy is en route to try to locate the truck.

• At 5:55 p.m., a woman from Sizemore Drive, Premium, calls the sheriff ’s offi ce to report a male who has been at her home harassing her. She says she has had to report him to law enforcement before and wants her complaint documented.

• At 6:07 p.m., a sheriff ’s deputy is leaving Chip Drive, Thornton, where he has been looking for but could not locate a truck that had been speeding in the area. The deputy returns to the location at 8:42 p.m., but is still unable to locate the truck.

• At 8: 55: 40 p. m., a sheriff ’s deputy arrives at the Dollar General Store at Mayking to unlock a vehicle that was locked with the owner’s keys still inside.

• At 9 p. m., the sheriff ’s office is notified about a possible domestic disturbance at Hogg Hollow, Neon.

• At 3:56 p.m., an anonymous caller asks that a sheriff ’s deputy check on a black Ford Mustang that has been sitting at the mouth of Spring Branch, Isom, for nearly two weeks and is obstructing the view of oncoming traffic.

• At 11:24 p.m., four sheriff ’s deputies are en route to Wilder Drive, Blackey, where gunshots reportedly have been fired.

• At 11:22 p.m., a woman from Bluejay Hill, Isom, reports to the sheriff ’s office that her landlord has boxed up all of her belongings and taken them to an unknown location. The woman says her late mother’s ashes are also missing. She is referred to the office of Letcher County Attorney Jamie Hatton.