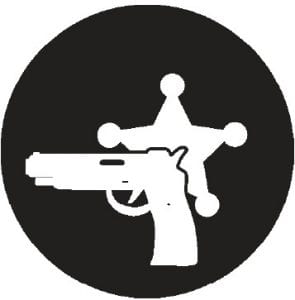 • At 11:10 a.m., a woman from Cane Hollow, Camp Branch, calls the sheriff ’s office to report she accuses someone of stealing her cellular phone. She is referred to the office of Letcher County Attorney Brian Damron.

• At 8:23 p.m., a man who lives along Kentucky Highway 160, Linefork, calls the sheriff ’s office to report his wife is trying to leave in his car with their children. The caller has an active protective order against the wife.

• At 3:34 p.m., Jenkins Police Officer Jim Stevens calls the sheriff ’s office to ask for an officer to assist on a report of break-in at a trailer home on Joe’s Branch, Jenkins.

• At 4:09 p.m., a woman from Pert Creek, Whitesburg, calls the sheriff ’s office to report that her neighbor’s dogs are in her yard. The woman questions why Letcher County doesn’t have a leash law that is being enforced.

• At 4:12 p.m., a deputy from a sheriff ’s department in Ohio calls the Letcher County Sheriff ’s Department to discuss a stolen red 1997 Nissan that was apparently brought to Letcher County and sold to a salvage yard.

• At 5:17 p.m., a Blackey woman reports that her Chihuahua has been attacked by a neighbor’s pitbull terrier.

• At 11:21 p.m., a woman whose address is not listed calls the sheriff ’s office to report that a woman who has an emergency protective order against the caller’s son has been to her home to let her son visit with the children they’ve had together.

• At 5:20 p.m., a sheriff ’s deputy reports he is en route to the Letcher County Jail from Winter Drive, Thornton, with a prisoner in custody.

• At 9:27 p.m., a deputy reports that a school bus stolen from the Jenkins Independent Schools has been found in McRoberts.

• At 9:59 p.m., two sheriff ’s deputies say the scene has been cleared at a home at Deane after a Kentucky State Police bomb squad detectives from Lexington dispose of a stick of dynamite located in shed, where officers were told it might be. The dynamite was discovered at 6:51 p.m. while deputies were trying to serve an emergency protective order to a resident of the home along Kentucky Highway 317.

• At 6:16 p.m., a deputy finds that everything is OK at a Sergent home where he has gone to conduct a welfare check.

• At 6:17 p.m., two sheriff ’s deputies conduct a welfare check at a home on Goose Creek Road, Neon, and are told that everything is OK.

• At 11:52 p.m., an alarm sounds at a Dollar General Store whose address is not listed.

• At 9:19 a.m., a caller from Keystone Drive, Jackhorn, reports that trespassers are on his property. The caller says he has posted the property, but people keep tearing the signs down. He says a two-door red Pontiac at his property may belong to the trespassers.

• At 11:13 a.m., a deputy sheriff is dispatched to McRoberts, where someone has phoned in a complaint about a horse being neglected.

• At 4:14 p.m., a 17-yearold boy calls from Neon to report that he has been in a fight with a 32-year-old man who also lives at Neon. The caller asks for deputies to visit the scene.

• At 4:30 pm., a sheriff ’s deputy responds to a report of a traffic accident at Oven Fork. There were no serious injuries as a result of the accident, and the deputy is en route to the sheriff ’s office at 5:33 p.m.

• At 7:44 p.m., a deputy arrives at a home at Little Dry Fork where he is investigating a stolen four-wheeler.

• At 9: 47 p. m., a man calls the sheriff ’s office to report that his girlfriend has stolen his 2000 green Oldsmobile and taken it to Indiana. A criminal case will be opened.

• At 10:46 p.m., two sheriff ’s deputies are en route to Dicks Branch, Deane, where a woman says her boyfriend has beaten her, tried to stab her, and damaged her automobile.

• At 9:15 a.m., the driver of a Blackey Head Start bus calls the sheriff ’s office to report the driver of a white compact car who passed the bus while it was stopped and unloading children. The driver said the bus’s lights were flashing and the stop sign was out. A check of the car’s license plate shows it is owned by Enterprise car rental agency. Deputies learn by calling Enterprise that the car, a Honda Elantra, is being rented to a woman whose address is listed as Terrier Lane, Roxana.

• At 12:15 p.m., a Cowan resident reports that two women and a man stole all of his dead father’s property, and that the case is being investigated by a Kentucky State Police trooper. The man now says a fourth person, a male who he identified, was also involved in the theft.

• At 1:47 p.m., a woman from Pine Creek, Mayking, reports that a note was left in her door between 6 and 6: 50 p. m. on September 30. The woman says the note “served no purpose except to alarm me or harass me.” Deputy Sheriff Eugene Slone has a copy of the note and has opened an investigation.

• At 3:10 p.m., a resident of Dusty Road, Deane, reports that a truck hauling coal for LKLP ran through his backyard and is now stuck in his septic tank.