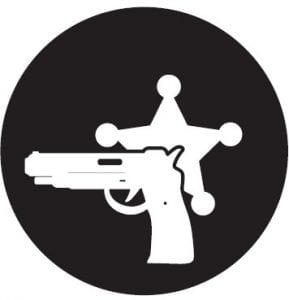 • At 12: 12 p. m., the Letcher County Sheriff ’s Office is notified about a two-vehicle accident on KY 7 South at Isom. Both vehicles involved in the rear-end collision have pulled off the road into the parking lot of Isom IGA supermarket.

• At 12:19 p.m., a woman from Kingdom Come Creek Road reports that she is having trouble with a sister who is arguing with her about their father’s home.

• At 9:02 p.m., a caller reports seeing a male driver in a black Chevy Cavalier who appears to be very intoxicated and is heading from Pine Mountain Junction toward Pine Mountain.

• At 11:38 p.m., a woman from Windy Ridge, Blackey, calls the sheriff ’s office and reports that man has parked his vehicle on her property and left in another vehicle with someone else.

• At 12:40 a.m., a sheriff ’s deputy reports arriving at the Letcher County Jail with a female juvenile who is scheduled to appear in Letcher District Court.

• At 1:06 a.m., a sheriff ’s deputy reports arriving at the Letcher County Jail with a female juvenile from the Breathitt County Detention Center. The prisoner is scheduled to appear in Letcher District Court.

• At 2:26 p.m., a Whitesburg man reports that he returned home from a stay in the Letcher County Jail to find his downtown apartment had been broken into. The victim says he is missing a significant amount of property and identifies a woman he says is responsible for the theft. The caller also identifies two Sergent men he accuses of buying the stolen property from the woman.

• At 6:13 p.m., a deputy sheriff reports an incident where someone has thrown a brick through the car window of a female as the woman was driving behind King’s Chapel Church at Whitco.

• At 6:35 p.m., a sheriff ’s deputy reports leaving Walmart, where he has been following up on a case.

• At 6:52 p.m., the sheriff ’s office is notified that a male subject is in violation of an emergency protective order.

• At 3:51 p.m., two sheriff ’s deputies transport one male prisoner and one female prisoner from the Letcher County Jail to the Hazard ARH Psychiatric Center for involuntary commitments.

• At 5:09 p.m., a woman from Deane is assigned a deputy to escort her to her home at Deane as part of an emergency protective order.

• At 5:10 p.m., a woman from Solomon Road, Whitesburg, tells the sheriff ’s office she returned home from a trip to Food City and the ARH hospital to discover a taillight in her vehicle was broken at some point during her travel.

• At 10:22 a.m., a Premium man reports that $500 is missing from his debit card. The caller says he has contacted the bank that issued the card but has been unable to obtain any helpful information.

• At 11:45 a.m., ADT Security Systems reports that a burglar alarm is sounding at a home on Black Bottom Road, Jeremiah.

• At 3:48 p.m., a woman from George’s Branch, Eolia, reports that something has been stolen from her mailbox.

• At 4:56 p.m., ADT Security Systems reports that a burglar alarm is sounding at home on Duet Drive, Letcher.