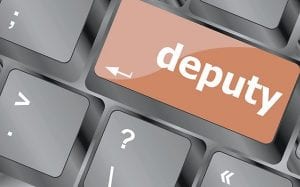 • At 11:27 a.m., a woman from Kelly Drive, Sandlick, calls the Letcher County Sheriff ’s Office to report an incident that she says occurred around 9 this morning after she parked at Whitesburg City Hall for a scheduled child exchange. The woman said the door on the vehicle in which she was traveling accidentally touched the door of the vehicle in which the child’s mother and grandfather were traveling. The caller said the child’s mother “started saying stuff about it,” after which she looked and could not see any damage. The caller said the grandfather also “started saying things,” at which point she attempted to find a Whitesburg City Police officer but was unable to locate one. She said the child’s mother and grandfather then left.

• At 2:19 p.m., a man from Bellaire Drive, Jenkins, arrives at the sheriff ’s office, where Letcher District Judge Kevin Mullins has sent him to have photographs taken of injuries his wife inflicted upon him during a domestic dispute. The man has obtained an emergency protective order against his spouse.

• At 1:55 p.m., a woman from Foothills Drive, Pine Mountain Junction, Whitesburg, calls the sheriff ’s office to report that a contractor is dumping gravel on a blacktop road for which she has paid for herself. She asks that a deputy visit the scene and ask the contractor to stop putting gravel on the road. After a dispatcher advises the woman to contact the offices of Letcher County Judge/ Executive Jim Ward, the caller asks, “Then you are not going to send someone to talk to them?” At 2:02 p.m., the dispatcher calls Kentucky State Police to seek assistance for the caller.

• At 5:04 p.m., a resident of Thornton Road reports that a deer has been hit by a vehicle, but is still alive and in the road with both its hind legs broken. The caller advises he will put the deer out of its misery and move it off the road.

• At 8:16 p.m., a woman from Engle Road, Eolia, reports that two drunk men are at a home she rents to another woman and are refusing to leave.

• At 8:27 p.m., an anonymous caller reports that the occupants of two four-wheelers are riding up and down Pert Creek near Whitesburg hitting mailboxes with baseball bats.

• At 9:38 p.m., a sheriff ’s deputy advises he is leaving the Engle Road home of an Eolia woman, where two drunk men were said to be refusing to leave. The deputy says he has learned the initial call to the sheriff ’s office by the landowner was the result of a misunderstanding and that everything is OK.

• At 2:30 p.m., a man from Kona calls the sheriff ’s office to ask that a deputy visit his home at Kona Drive to escort an unwelcome visitor away from his home. Units arrive later to find the subject already gone.

• At 9:14 p.m., a Blackey man calls the sheriff ’s office to report a woman who he says has being keying cars belonging to him and his family. The caller says the woman has been committing the offenses since the family began fighting with each other over insurance money after their mother’s death.

• At 4:15 p.m., a sheriff ’s deputy reports his arrival to a location on Around the Mountain Road, Mayking.

• At 8:43 a.m., the sheriff ’s offi ce receives a complaint from a woman at Memory Lane, Sandlick, who has been receiving harassing phone calls late at night from an unknown private number. The last call was received early this morning around 2. Calls were received yesterday at 10: 55 pm., 12 a.m., 2:10 a.m., and at 3:25 a.m. The sheriff ’s department has contacted the legal department at AT&T and will send a subpoena requesting the records necessary to identify the caller.

• At 7:56 p.m., a sheriff ’s deputy reports that everything is OK at a home at El Paso Drive, Little Dry Fork, where a burglar alarm has sounded.

• At 5:17 p.m., a sheriff ’s deputy arrives at a home at Big Rock Drive, Deane, in reference to a property dispute. The deputy leaves at 5:54 p.m. after speaking with the homeowner. The other party involved in the dispute leaves the scene before the deputy’s arrival.

• At 10:46 p.m., a sheriff ’s deputy is en route to a home at Craft’s Colly where someone has just wrecked a vehicle into a fence surrounding a woman’s home. At 11:42 p.m., the deputy asks that a wrecker be sent to the scene.

• At 8:33 a.m., a resident of Big Rock Drive, Deane, asks that a sheriff ’s deputy come to his home and instruct a neighbor to move his vehicles that are parked illegally on the caller’s property. The caller says he asked the neighbor to move the vehicles on Saturday, but the neighbor refused to do so.