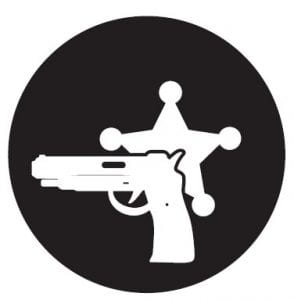 • At 11:05 a.m., the Letcher County Sheriff ’s Office is asked to send a deputy to the Double Kwik self-service market at Ermine, where a woman as locked her keys up in a red Ford Explorer at Pump No. 1.

• At 6:33 p.m., sheriff ’s deputies are dispatched to Log House Branch, Bo Fork, Kingdom Come Creek, where one woman is reported to be “causing problems” for another woman and her son.

• At 11:15 p.m., extra patrol is requested for Hurricane Branch, Sandlick.

• At 6:33 p.m., Kentucky State Police dispatchers in Hazard notify the Letcher County Sheriff’s office about a fight that has been reported at Hall’s Branch, off Little Cowan Road. One male is taken for observation to the Whitesburg hospital 7:25 p.m., then taken to the Letcher County Jail at 10:53 p.m.

• At 4:05 p.m., a Letcher County Sheriff ’s Deputy arrests a woman who allegedly has been shoplifting from the Dollar Store at Mayking.

• At 8:32 p.m., the sheriff ’s office is notified that two brothers are fighting at a location on Sarvis Road, Ermine. After checking the scene out, deputies report all is OK.

• At 8:17 a.m., a resident of Highway 3408, Blackey, reports that a neighbor is outside in the neighborhood taking off all of her clothes. Kentucky State Police are advised of a Code 600, meaning possible mental health patient is involved.

• At 8:56 a.m., a resident of Kona Drive, Kona, reports that a man is at his home and won’t leave. The caller instructs the visitor while on the phone with sheriff ’s office dispatch, but he still refuses to leave.

• At 1:47 p.m., the Letcher County Dog Warden notifies the sheriff ’s office that there may be trouble at Hampton Branch, Little Cowan, where the dog warden and Letcher County Sheriff Danny Webb have gone to pick up a dog. A dispatcher speaks with Sheriff Webb, who said the owner of the dog is intoxicated and was carrying a gun when the dog warden arrived, but that he has the gun in his possession now. He requests assistance a the scene. A deputy sheriff, Kentucky State Police and the Whitesburg Police Department respond.

• At 2:15 p.m., a caller reports to the sheriff ’s office a “strange white Chevy Tahoe” parked at the Old Regular Baptist Church located about a mile above Cowan School. The license tag on the vehicle is traced to a garage in Russell Springs, Ky. A deputy visits the scene and learns that a woman from Louisville is driving the vehicle in the area. The deputy advises the woman to notify the sheriff ’s office the next time she is in the area of the Cowan church, as her presence is alarming to residents.

• At 4:24 p.m., a resident of Sierra Drive, Colly Gap, reports that he has returned home from out of town to find an eviction notice on the door of the residence he rents from a man who lives in Tennessee. (The report provides no further information.)

• At 6:41 p.m., a resident of the Right Fork of Millstone request extra patrol after reporting that a white van, possibly a forestry van, has been coming to his driveway and turning, spinning its tires and making loud noises when it leaves.

• At 8:18 p.m., a deputy sheriff arrives at a Thornton home to take pictures of damage a burglar has caused to a home.

• At 12:41 p.m., a man from Yonts Fork, Jackhorn, reports that last Wednesday he and another man paid $80 for a boat that was for sale. He said he gave the money to a younger woman, and an elderly woman witnessed the sale. He says that on Saturday a man called him and informed him he has purchased a stolen boat and that the man threatened to get an arrest warrant for the caller and his friend.

• At 3:38 p.m., a woman from Pit Lane, Colson, reports to the sheriff ’s office that the Internal Revenue Service has informed her that she is the victim of identity theft. A case is opened.

• At 4:03 p.m., a Neon woman reports that her 19-year-old son is threatening to destroy items in a home also occupied by small children. The caller says the son is cursing her and his father and has started struggling with the father.

• At 5:02 p.m., a resident of Yonts Fork, Jackhorn, asks for extra patrol around her home after reporting that someone knocked on her door at 2 a.m. this morning.

• At 5:40 p.m., a caller is advised to obtain arrest warrants from the Letcher County Attorney’s Office for a woman who has been calling his house and harassing him and his wife.

• At 5:43 p.m., a Corbin woman reports that a Letcher County woman has been using her Social Security number for seven years to fraudulently obtain credit cards in her name. The woman says she has already reported the matter to Kentucky State Police, but the problem started again during the past month.

• At 6:15 p.m., a woman from Harrison’s Branch, Isom, reports that someone has broken into her home but she is not sure whether anything was taken.