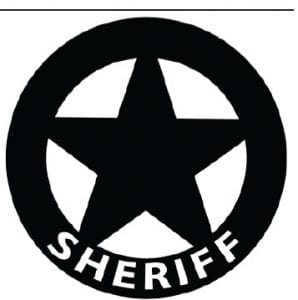 • At 9:46 a.m., the Whitesburg Police Department asks the Letcher County Sheriff ’s Department for assistance in unlocking an automobile at Messenger Florist, Ermine.

• At 9:48 a.m., a resident of Gordon asks the sheriff ’s office for extra patrol at the Gordon Park, where someone has vandalized the park’s fence.

• At 9:49 a.m., a representative of Letcher Funeral Home, Whitesburg, calls the sheriff ’s office to request a funeral escort to Roxana today at 1:45 p.m.

• At 10:01 a.m., the sheriff ’s office receives a call from a Partridge man who says a neighbor has three pit-bull dogs who killed three of his family’s cats and a neighbor’s pets when they were turned loose.

• At 3:38 p.m., an alarm company reports the sounding of an alarm at New Freedom Worship at 40 Slate Hill Road, Jenkins. The Jenkins Police Department investigates and reports that everything is okay.

• At 11:39 a.m., a motorist calls the Letcher County Sheriff ’s Office to report the operator of a gray Chevy S-10 four-wheel drive pickup for driving extremely recklessly after he turned off KY 931 South onto KY 15 above Whitco. The Whitesburg Police Department is notified.

• At 1:32 p.m., a male caller from Highway 931N, in the Camp Branch-Polly area, calls the sheriff ’s offi ce and identifies a man he says is across the road from the caller’s home putting up blocks while wielding a pistol. The caller says a criminal summons was just recently served ordering the man to stay away from the caller.

• At 1:34 p.m., two Letcher County sheriff ’s deputies visit a home at Democrat to serve an eviction notice and warrant.

• At 2:06 p.m., the Letcher County Sheriff ’s Office dispatches a towing company to the Isom Double Kwik to remove an abandoned Jeep Cherokee that is brown and tan in color and has no license plate.

• At 3:07 p.m., a resident of Bo Fork, Cowan, tells the Letcher County Sheriff ’s Office that he has been advised that a man, whom he identifies, has been logging on his property and has cut one of his “marker trees.”

• At 2:12 p.m., a Letcher County sheriff ’s deputy photographs a woman who says she was assaulted two days earlier by a male she identifies. The woman is advised to obtain an emergency protective order and criminal warrants.

• At 8:27 a.m., a woman from Sycamore Loop, Jeremiah, calls the Letcher County Sheriff ’s Office to report an encounter she had just before 5 a.m. with a male subject who knocked on her door and asked to use her telephone. The caller said the male told her someone was following him on the railroad tracks with flashlights. She said articles of clothing were found outside of her home after daylight this morning.

• At 1:36 p.m., a caller from Old Dixon Road, Blackey, calls the sheriff ’s office to report the presence of a woman who “is seeing things and getting violent.” The caller believes the woman is high on methamphetamine and is asking for police to come and investigate. A sheriff ’s deputy will meet a Kentucky State Police trooper at the mouth of KY 7 South and travel to the home.

• At 3:14 p.m., a man calls the sheriff ’s office and says and he thinks he has found a body at a truck garage just past the flea market on Dry Fork Hill. Officers are dispatched to the scene.

• At 1:23 p.m., an employee of Mayking Dollar Store calls the sheriff ’s office to report a female customer who is in the store “stuffing her bag full.” A deputy is responding to the scene.

• At 1:26 p.m., Sheriff Danny Webb is en route to a Cromona home to unlock a blue Honda Civic whose driver has locked the keys inside.

• At 1:48 p.m., a resident of Mountain View Road, Whitesburg, calls the sheriff ’s office to report receiving a phone call from a woman immediately after she was served with a legal document. The caller says she did not answer her phone.