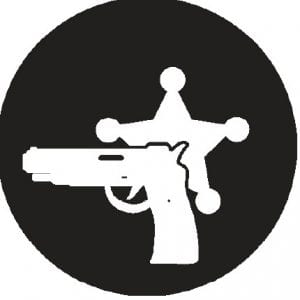 Monday, August 15 • A motorist calls the Letcher County Sheriff ’s Office to report that he suspects the driver of a red car is selling drugs in the parking lot of the Mayking Dollar Store.

Tuesday, August 9 • At 3:51 p.m., a female resident of Highway 2036, Letcher, reports to the sheriff’s office that someone tried to come through her back window and into her house on Saturday night, August 6. Sheriff Danny Webb contacts the woman.

Tuesday, August 2 • At 8:10 a.m., a resident of Ice Road, Whitesburg, reports that a silver Mustang automobile is parked beside the road with someone passed out inside. Deputies respond and find two people in the vehicle, including a man who is wanted on three arrest warrants. The female passenger is cleared. • At 10:15 a.m., a woman from Defeated Creek, Linefork, reports that a chainsaw was stolen from her home yesterday between 6 p.m. and 9 p.m. • At 10:16 a.m., an anonymous caller from Crossover Drive, Mayking, complains to the sheriff ’s office that a van is parked along the roadway and obstructing traffic. The caller asks that a deputy go talk with the owner of the van. A deputy contacts the owner by telephone and instructs him to move the vehicle.

Friday, July 29 • At a time not listed, a man from Whitesburg calls the sheriff ’s office to advise that he has received a call from a male subject who identified himself as the caller’s grandson and is in need of bail money to get out of jail. The grandson told the caller that his “supposed attorney” would be contacting him with the proper information. • At 2:08 p.m., a Premium woman tells the sheriff ’s office that Capitol One Bank has called them to verify that her husband had applied for a credit card. The woman said she told Capitol One her husband had made no such application. She said Capital One asked her to contact the sheriff ’s office to have the information

logged. • At 2:13 p.m., a resident of Pine Creek Road, Mayking, complains to the sheriff ’s office about a female neighbor who keep parking beside the road and obscuring traffic on the one-lane roadway. The caller asks that a deputy go to Pine Creek to speak with the woman.

Tuesday, July 26 • At 1:23 p.m., a resident of Spring Branch Apartments tells the sheriff ’s office that her landlord came onto her porch and threw her porch chairs in the yard and removed her potted plants. The caller advises that she will visit Letcher County Attorney Jamie Hatton tomorrow.

Monday, July 25 • At a time not listed, a Craft’s Colly woman tells the sheriff ’s offi ce that someone has been coming onto her property and stealing items ranging from a dog collar to an ATV trailer, which was later recovered on Copperhead Road, also in Craft’s Colly.

Tuesday, July 19 • At a time not listed, an Eolia woman calls the sheriff ’s department to report that her daughter

told her she was leaving the mother’s house to go to Sandlick to meet her husband at his home, but said she has since learned the daughter is in Florida with a truck driver from Isom. • At 3:09 p.m., a sheriff ’s deputy is dispatched to Grants Road, Kingdom Come, to assist Kentucky State Police on a missing child complaint.

Monday, July 18 • At 10:15 a.m., a sheriff’s deputy arrives at a home on Buck Creek Road, Colson, in reference to a stolen four-wheeler. • At 10:44 a.m., a resident of Box Rock Road, Mayking, reports to the sheriff ’s office that someone from California has used her “direct express card” and stolen $67.15. The caller said the card company requests a police report in the matter. • At 11:46 a.m., a motorist calls the sheriff ’s office to report a non-injury traffic accident on the Whitesburg bypass near the Earnest Cook Memorial Park. • At 3:09 p.m., a resident of Sky View Bottom, Partridge, reports that a Chrysler automobile has been abandoned for three days at the mouth of the road, where it was driven over the bank.