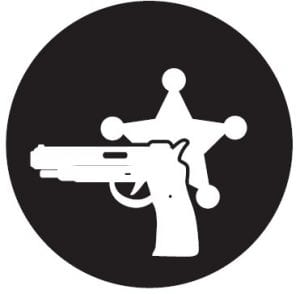 • At 9:07 a.m., a Jeremiah man calls the Letcher County Sheriff ’s Office to report that he lost his wallet inside the Isom IGA food store. The man says the store’s personnel have agreed to allow him to view video surveillance to determine who picked the wallet up. He is advised by the sheriff ’s office to contact the Letcher County Attorney’s Office if he recognizes the person who took the wallet. If not, he is told to contact the sheriff ’s office again for further investigation.

• At 9:37 a.m., a female driver calls the sheriff ’s offi ce to report a red Pontiac car that is “all over the road.” The Whitesburg Police Department has been notified to be on the lookout for the car.

• At 1:54 p.m., a man calls the sheriff ’s office to report that he went to the Division of Child Support to talk with them about his daughter who has been living with him the past five years. The man says he hasn’t been getting child support payments for the daughter, but has to pay support to the ex-wife instead. He said the ex also had the daughter removed from her food stamps and put on his.

• At 4:24 p.m., a Social Services worker asks that a deputy accompany him on a visit to a home at Bill Moore Branch.

• At 10:30 a.m., a deputy reports that he is en route to the Whitesburg hospital to have a blood test performed on a male subject.

• At 11:16 a.m., a caller reports selling a 1992 GMC Sonoma pickup to a man whom the caller says still owes for the truck but has painted it a primer grey and is driving it without a driver’s license and insurance. The caller says the truck’s tags are also expired, and that the buyer has no title for the vehicle. The caller asks that the truck be stopped and towed. The caller is also referred to the Knott County Attorney’s Office to seek arrest warrants on the truck’s buyer.

• At 12:21 p.m., a deputy sheriff reports he was unable to make contact with resident at Sergent Loop in connection with a case he has opened. The deputy left a calling card at the home.

• At 2:54 p.m., a deputy reports he is en route to the Letcher County Jail with one male prisoner.

• At 3:24 p.m., a woman asks the sheriff ’s office to take photographs of injuries she says she received during an assault.

• At 4: 21 p. m., a man tells the sheriff ’s office he witnessed another man who is heavy-set and greyhaired stomping a female with black hair and a pony tail near the mouth of Webb Hollow where a group of trailers is located. The caller says the man threw the woman against the underpinning on the second trailer. When police arrive, the man and woman involved say the altercation was only verbal. The woman asks for a police escort to retrieve her belongings from the trailer, but is told she will first need a court order.

• At 4:37 p.m., a deputy reports executing a bench warrant on Everett Smith.

• At 4: 51 p. m., a man from Brett Drive, Sandlick, asks that an officer contact him in regarding the harassment he and his wife are receiving from neighbors.

• At 5:34 p.m., a caller from Whitco Loop, Whitco, reports that his girlfriend and another female have physically assaulted him. Police arrive at the scene to find all three subjects scratched up.

• At 8:20 p.m., a sheriff ’s deputy reports being unable to locate a home on U.S. 119 where a burglar alarm has sounded. The telephone serving the home was disconnected when the homeowner died.

• At 10:53 p.m., a deputy visits a home at Black Bottom Road in Jeremiah to serve an emergency protective order but the subject is not at home tonight.

• At 4:44 p.m., a deputy reports being en route to a home at Adams Branch, Jeremiah, to follow up on four-wheeler that reportedly has been stolen.

• At 8:06 p.m., a woman calls the sheriff ’s office to report that a woman came to her home at Schulers Branch, Deane, and assaulted her. She is advised to obtain arrest warrants.

• At 4:44 p.m., a caller reports an accident across from the Mayking Fire Department, where one vehicle has backed into the other.

• At 5: 01 p. m., a caller from Thickett Branch, Craft’s Colly, tells the sheriff ’s office she has been assaulted by family members who have already left her home. She is advised to obtain arrest warrants.

• At 9:41 p.m., a deputy reports serving an emergency protective order on a man who lives at Black Bottom Road in Jeremiah.

• At 12:08 p.m., a woman calls a deputy sheriff on his cellular phone to report a license number on a vehicle from which drugs are believed to have been sold. The sheriff ’s office determines the car, a 2005 Chevy, belongs to a McRoberts man.

• At 1:21 p.m., a Sandlick man tells the sheriff ’s office about problems he is having with getting a man to leave a home from which he has been evicted.

• At 1:24 p.m., a woman calls the sheriff ’s office to complain that a deputy sheriff came into her home without her permission or a search warrant and let all the cats in while doing so. The woman said the deputy didn’t give her husband time to get out of the bed and come to the door before he entered.

• At 7:06 p.m., a Premium woman tells the sheriff ’s office that a man is in her home and refuses to leave.

• At 8:33 p.m., an altercation is reported in front of MCHC’s Whitesburg Medical Clinic. The sheriff ’s office is informed that one man is trying to break the windshield out of a black vehicle that, in turn, is trying to run over him. When officers arrive at the scene, they learn that two subjects left the area on foot and were later picked up by the driver of a white truck. After the truck was located, the driver advised police as to where he took the male and female.

• At 8:09 p.m., a Colson woman tells the sheriff ’s office that her ex-husband has custody of their children and that he left the 12-yearold son home alone. A deputy has contacted Social Services, who will make contact with the caller.

• At 10:57 p.m., a deputy sheriff reports he is making home visits in the Whitesburg area on behalf of the Letcher County Drug Court.

• At 11:18 p.m., the sheriff ’s office is contacted by a man who says someone was trying to get into his home at Heartbreak Ridge, Dry Fork, while his wife was there alone. The wife left in her car, but is afraid the wouldbe burglars are still there.

• At 10:31 a.m., a deputy sheriff serves a criminal summons on Karen Tilley, who is charged with fourthdegree assault in connection with an altercation at the Whitesburg Post Office.

• At 11:23 a.m., a man from Crases Branch, Letcher, tells the sheriff ’s office he is the victim of identity theft, stating that an unknown person opened an account with AT&T by using his personal identification. The sheriff ’s department is opening an investigation into the matter. Meanwhile, at 11:25 a.m. a Deane woman calls the sheriff ’s office to report a stolen 2003 white Pontiac Grand Am and says it was taken by a woman and the man who had just called in claiming to be the victim of identify theft. Sheriff Danny Webb has contacted the man’s father, who says he will provide documentation showing the car was sold.