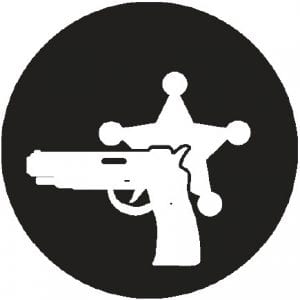 • A Letcher County Sheriff ’s Deputy arrives for special duty at Letcher County Central High School at 7:13 p.m. The deputy remains at the school until 8:31 p.m.

• At 9:17 p.m., a deputy sheriff arrives at Pert Creek to speak with a woman about shooting and children and dogs with a BB gun. The deputy reports that all is OK after speaking with two parties about Letcher County’s leash law.

• At 4:08 p.m., a caller from Ratliff ’s Branch, Kingscreek, calls the sheriff ’s office to express fear that children riding four-wheel ATV’s in the area may be injured.

• At 5:21 p.m., a man from Chip Drive, Thornton, calls the sheriff ’s office to report a theft that took place at his home while he was out of town. The caller knows the identity of the man who burglarized his home and is making threats toward him. A dispatcher tells the caller he shouldn’t be making threats toward someone while he is talking on the phone with the sheriff ’s office. The caller hangs up.

• At 6:30 p.m., a woman calls from Mountain Breeze Apartments, Jenkins, to report that her daughter’s ex is in violation of an emergency protective order.

• At 5:55 p.m., a deputy sheriff is en route to Payne Gap, where an injury traffic accident has been reported.

• At 8:15 p.m., a Blackey man calls the sheriff ’s office to report that his 18-year-old daughter has left home on foot after cutting her wrist. The deputy locates the daughter at 8:38 p.m. He says she has a few small cuts on her arm and that the father will take her to Kentucky River Community Care for a mental health evaluation.

• At 10:02 p.m., a deputy is en route to an apartment building on Highway 15 near Van. A tenant is intoxicated and causing problems with other renters.

• At 10:38 p.m., a deputy sheriff reports he is taking a subject he has placed under arrest to the Whitesburg hospital emergency room to have a cut to the subject’s arm examined.

• At 10:36 a.m., an anonymous caller tells the sheriff ’s office that a couple is inside Hardee’s restaurant at Jenkins and are so intoxicated they are falling asleep. The Jenkins Police Department is notified.

• At 11:14 a.m., a caller from Blue Spruce Drive, Whitesburg, reports that he is being harassed by a caller who claims to be from Palisades Collection Agency, telephone number 502- 309- 3537. The caller says the male who telephoned him hung up when he began to question him. The caller said similar calls came earlier from the same number, but stopped after he notified the Kentucky Attorney General’s Office.

• At 2: 21 p. m., an alarm sounds at a home on Texas Avenue, Whitesburg. The Whitesburg City Police Department is notified.

• At 5:15, a sheriff ’s deputy is being asked to drive a woman from Craft’s Colly to the psychiatric wing of Hazard ARH hospital, where the woman hopes to voluntarily commit herself.

• At 11:35 p.m., an anonymous caller advises a dispatcher that she has just received a call from a niece who says a man is drunk and fighting with his wife at Kingscreek.

• At 3:01 p.m., the sheriff ’s offi ce honors a judge’s request to have a white Pontiac Grand Prix towed from the parking lot of the Masonic Lodge in Whitesburg. The judge says the car is not insured and has the wrong partial tag number. Anderson Towing is en route to the scene.

• At 4:21 p.m., a man from Pert Creek, Mayking, asks that a deputy visit the community to talk with a juvenile riding a dirt bike by his house.

• At 5 p.m., the sheriff ’s office is notified that a woman hitchhiking in the Isom area appears to be highly intoxicated, as she keeps staggering in and out of the road. The woman is wearing an orange top.

• At 10:39 a.m., the sheriff ’s office is advised to ignore an alarm sounding from a building at 193 Band Mill Road, McRoberts. The caller reports that people getting ready for the Jenkins Homecoming festival caused the commotion.