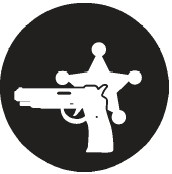 • At 4:28 p.m., a Letcher County Sheriff ’s Deputy arrives at A-plus Rentals to follow up on a criminal case that is now open.

• At 5:13 p.m., a Letcher County Sheriff ’s Deputy is en route to the Breathitt County Detention Center to deliver a male juvenile prisoner.

• At 4:59 p.m., two sheriff ’s deputies report they are leaving the Payne Gap area after working a car wreck there.

• At 5:25 p.m., two sheriff ’s deputies are dispatched to the Millstone area to try to locate a white van which callers say is occupied by people who are “harassing them to buy vacuum cleaners.”

• At 10: 14 p. m., three sheriff ’s deputies report leaving Hobgoblin Computer Repair & Games at Garner Mountain, Isom, after responding to a call about a traffic accident near the location.

• At 10:46 p.m., a resident of Henry Hutton Drive, Neon, calls the sheriff ’s offi ce to report that three men are trying to steal equipment located near his home.

• At 5:39 p.m., a sheriff ’s deputy is en route to a location at Thornton, where ADT Security reports an alarm is sounding from an outbuilding.

• At 9: 28 p. m., a man who lives beside Highway 588, UZ, calls the sheriff ’s office to report a dispute over property. Two sheriff ’s deputies respond and advise the caller to contact the office of Letcher County Attorney Jamie Hatton to obtain an eviction notice.

• At 10:43 p.m., two sheriff ’s deputies report they are en route from Jent Drive, Blackey, to the Letcher County Jail in Whitesburg with a male subject who they have just served with an arrest warrant.

• At 1:17 p.m., a Smoot Creek resident telephones the sheriff ’s office to report a gray pit-bull dog whose owner is allowing it to run loose in the area. The caller is afraid the dog is vicious and will attack someone.

• At 2: 38 p. m., a resident of Shoemaker Drive, Whitesburg, calls the sheriff ’s office to report that someone has torn down his mailbox. The man names a woman he believes is responsible for the act, saying “she is at the top of the hill.”

• At 2:42 p.m., the sheriff ’s office is notified about two vehicles parked near Blackey Headstart. The caller believes the occupants of the cars, a white Camaro and a red Mustang, are involved in a drug deal. The caller says a tall, slender man with blond hair got out of the Camaro and into the Mustang, which then headed toward River Road. A sheriff ’s deputy will attempt to locate the Mustang or Camaro.