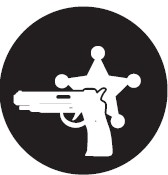 • At 1:27 p.m., the sheriff ’s office receives a call from a woman who is the target of a scam involving a “loan company” whose representative called and said the woman forgot to fill out the bottom half of a loan application for $10,000.

• At 1:29 p.m., a Big Cowan man notifies the sheriff ’s department about an IRS scam originating from telephone number 1-267-433- 2995. The scam involves the caller identifying himself as an agent with IRS and stating that the intended victim of the scam owes $3,200 in back taxes and will be arrested today if the past-due taxes aren’t paid.

• At 10:25 p.m., a Premium man reports losing his wallet at a convenience store at Isom. He says the billfold is brown and contained $212 in cash.

• At 11:57 p.m., a woman from Cinnamon Drive, Smoot Creek, identifies a man who has been at her home arguing with her. The woman says the man is gone now, but is coming back. She asks that a deputy come and talk with her. A deputy is dispatched to the scene.

• At 5:41 p.m., a Jenkins woman calls the sheriff ’s office to report the theft of her purse. According to the woman, the purse was stolen out of a car belonging to her and her husband after a car belonging to a male and a female she identified broke down in the driveway of her home located beside KY 805. After discovering the purse was stolen, the woman called the female who said her male companion stole it while the caller’s husband was giving them a ride.

• At 5:57 p.m., a woman calls the sheriff ’s office to report she has no transportation available to complete the child exchange scheduled for her son. She tells a dispatcher she advised the other party to come to her house to pick up the child in question.

• At 10:13 a.m., a woman from Little Dry Fork, Whitesburg, informs the sheriff ’s office about a verbal domestic dispute she’s had with her ex-boyfriend this morning. She says the ex has left her home, but before leaving hit a friend of hers in the ear after the friend got between the woman and the ex. The woman and her friend are referred to the Letcher County Attorney’s Office for possible warrants for assault.

• At 1:45 p.m., a resident of Hoot Owl Hollow, Hallie, telephones the sheriff ’s offi ce to report two men, and possibly a third man, who stole a transfer case for a Ford pickup and two batteries that belong to him. The caller says the men were driving a smaller black vehicle, perhaps a Honda or a Chevy Cavalier. He says he has notified local scrap yards about the items stolen from him.

• At 2:13 p.m., the sheriff ’s office opens an investigation into the alleged theft of a 2013 Yamaha Grizzly 550 ATV stolen last night from a home at Millstone.

• At 9:44 a.m., the Letcher County Sheriff ’s Office receives a call from an Isom area resident who is complaining about a gray pickup truck driving recklessly in Harrison’s Branch.

• At 3:55 p.m., a woman from Susan Cook Drive, Whitesburg, reports receiving five telephone calls today from a male at 652- 353-0962 who asks if she needs extra cash or linen service. She said that when she asked the caller, who has a foreign accent, to stop calling her home he threatened to come and hurt her. The caller is referred to the Office of the Kentucky Attorney General.

• At 9:52 a.m., the Letcher County Sheriff ’s Office is asked to conduct a welfare check on a couple from Doty Creek, Jeremiah. According to the caller, the daughter of the woman she is concerned about stole the woman’s credit card and used it to get cash to buy pills. The caller is concerned the daughter is keeping the couple at home against their will so they won’t get a warrant for her arrest.

• At 10 a.m., a caller from Red Bud Lane, Isom, reports receiving notification from the IRS that someone has used his personal information to file a 2014 tax return.

• At 2:10 p.m., the sheriff ’s office receives a call from a woman at Doty Creek, Jeremiah, who reports that her daughter stole her debit card on January 23 and used it to withdraw $323 from an ATM machine at Isom on two occasions and to make purchases of $122.49, $122.50, and $122.49. The woman also reports that her husband witnessed the daughter removing a 42- inch RCA television valued at more than $350 from the couple’s home.

• At 3:44 p.m., a woman calls the sheriff ’s office to report a red Ford Explorer that has her driveway blocked.

• At 3:49 p.m., the Whitesburg Police Department notifies the sheriff ’s office about a telephone call the city received concerning a female carrying a large amount of luggage while walking along KY 15 at Isom.

• At 10:15 a.m., the Letcher County Sheriff ’s Office contacts a social worker to report an issue a woman is having with her daughter.

• At 7:29 p.m., a sheriff ’s deputy is en route to 2246 Highway 317, Neon, where a two-vehicle accident with injuries has been reported to Kentucky State Police.

• At 11:20 p.m., a sheriff ’s deputy is en route to Diamond Circle Drive, Partridge, where a woman reports being afraid after seeing a truck drive onto her property.

• At 9:53 a.m., a caller from the Cowan area reports a two-vehicle accident there in which one vehicle is on its side.

• At 9:25 p.m., a caller from Della Riley Lane, Isom, reports that her 18-year-old granddaughter has been missing since yesterday. The caller’s information about her grandchild is listed with the National Crime Information Center (NCIC) database.

• At 10:17 a.m., a couple notifies the sheriff ’s office that they will be out soliciting money to help pay the funeral expenses for the father of the male.

• At 11:53 a.m., a woman from Pine Creek, Mayking, calls the sheriff ’s office to report receiving calls for the past two weeks concerning fraudulent activity with her Social Security card. The woman says the caller has given her a court docket number and instructed her that she will be receiving a summons in the mail.

• At 4:58 p.m., a sheriff ’s deputy reports that he is attempting to locate a white van that was reported as suspicious in Bottom Fork, near Mayking. At 5 p.m., the deputy makes contact with the driver of the van, who advises that he works for a legitimate business.

• At 11:38 p.m., a caller from Frost Drive, Dry Fork, reports that a man has been standing near his home for two hours. The caller later names two men who he accuses of threatening to “do physical harm to him.”

• At 11:39 p.m., a caller whose address is not listed tells the sheriff ’s office a man has threatened to kill him. The caller, who identified the man who made the threat, is referred to the Letcher County Attorney’s Office.

• At 12 p.m., a man from Franklin Branch, Ermine, reports that a credit card was stolen from him sometime after December 21. The caller says he reported the stolen card to the proper company, but that someone was still able to use the card several times in the Whitesburg area and in Duffield, Virginia. The man says he would like to prosecute the person or persons who made the charges.

• At 5:28 p.m., a Gordon woman reports receiving calls from three area telephone numbers. She says that in each case the caller tells her she left her phone number on the caller’s car and beat the windshield out, then asks for toilet paper. The caller says her aunt received the same type of call.

• At 4:24 p.m., a caller from Hiram Bailey Loop, Letcher, reports having a confrontation with another man at an Isom convenience store. The caller says the man, whom he identifies as the operator of an Isom business, grabbed him by the neck, cursed him, and threatened him.

• At 4:27 p.m., a woman from Carcassonne calls the sheriff ’s office and identifi es a man she saw on her property. The woman says that after the man left she found a breaker box and heat pump with the wiring taken out. She thinks the man took the materials and sold them for scrap. She says the man is driving a black Chevy Cobalt or Malibu car. The woman is advised to contact the Letcher County Attorney’s Office but says she wants to meet with a deputy sheriff as well.

• At 9: 16 p. m., Kentucky State Police notify the sheriff ’s office about a call received at KSP Post 13 concerning a woman from Yonts Fork, Neon, who is afraid her ex-boyfriend is in the basement of her home.

• At 10: 33 a. m., an anonymous caller reports a domestic disturbance at Goodwater Falls Apartments, Jenkins. The caller said the disturbance is between a woman and her boyfriend. She says the boyfriend claims to be armed with “brass knuckles” and is threatening “to take out” anyone who crosses him.