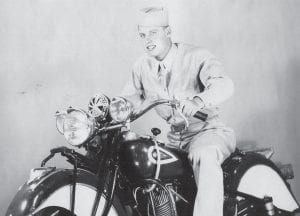 Whitesburg resident and World War II hero Paul Pigman was photographed on a motorcycle during his service years in the 1940s. Pigman will celebrate his 93rd birthday on November 28.

Former Army medic Paul Pigman can still remember the sound of bullets hitting the ground all around him and the cries for help as he crawled toward a fellow soldier who had been gravely wounded by a German sniper.

“I told him, ‘ be quiet or they’ll get you,” Pigman recalled during an interview at his Whitesburg home on Saturday. “They kept on shooting and I couldn’t get to him. In the meantime, they shot me too.”

As Pigman nears his 93rd birthday on November 28, the Bronze Star Medal recipient notes that the wound he suffered to his right shoulder on that early spring day in 1945 has been the only real health scare he has faced during his life.

“No medical problems,” he said proudly.

Pigman, of Whitesburg, is one of a rapidly shrinking number of World War II veterans still living (of the 16 million American soldiers who helped defeat Germany and Japan, only 620,000 were still alive at the beginning of 2016). His 31-month Army career began on June 2, 1943, just a few days after he graduated Whitesburg High School. 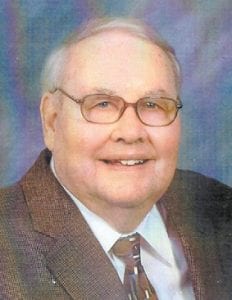 “I got out of high school in May and a week after that we were in the Army,” said Pigman, whose older brothers Ray, Audra, and Walker Pigman also served during World War II. “They wanted me to go into the Navy. I said, ‘no, I can’t walk on that water.’”

After completing basic training and an aptitude test that showed he would be a good medic — “I was supposed to be the platoon doctor,” he explained — Pigman spent the first few months of his military career in the U.S. After falling ill with a virus-type illness while home on leave, he remained stateside while the other members of the unit with whom he had trained were shipped to combat zones overseas. Soon, Pigman was assigned to a different company and ordered to go to Germany.

It was in Germany 70 years ago this Saturday — on November 26, 1944 — that Pigman was sent to the front line as a replacement “aid man” for E Company 1st Platoon, 406th Infantry Regiment, 102nd Division.

“From the moment he arrived he proved himself to be veritable lifesaver to his comrades,” his fellow soldiers in E Company would later write in an effort to have the Silver Star medal awarded to Pigman.

“Before his first day in actual combat was ended, he had treated 18 known wounded under the most hazardous conditions to his own personal safety,” said the Silver Star petition, which was signed by every member of the platoon. “In one instance he had crawled under rapid and steady machine gun fire for more than 50 yards to reach a comrade weakly calling for help, and while bandaging his head, a bullet went through Pfc. Pigman’s sleeve, just missing his elbow. He calmly finished the dressing and then dragged his charge into a shell hole to ensure, as much as possible, future safety.”

It was on April 9, 1945 that Pigman himself was wounded by sniper fire after he had treated nine fellow soldiers and was trying to reach the badly wounded 10th.

“Although badly wounded in the shoulder and unable to use his right arm, ( Pigman) continued to reach his goal and somehow rendered his valuable service — and then immediately collapsed,” said the petition, a copy of which his fellow soldiers submitted to The Mountain Eagle for publication on August 16, 1945.

On Saturday, Pigman remembered the incident clearly as he sat in the TV room of his Solomon Road home. His wife, Lola, 90, sat nearby.

“I was scared,” he said. “When you’re on the front line and they’re on your right and on your left and in the treetops and everywhere else trying to beat you, it’s pretty rough.”

Pigman believes the German sniper targeted the distinguishing red cross that medics use under international law to signify they are non-combatants.

“I had the red cross, which means they weren’t supposed to shoot,” he said. “My buddy shot him out of a tree after he shot me.”

Mrs. Pigman said her husband rarely talked about his war experiences through most of his adult life. “I guess it just brought back too many horrible memories,” she said.

The Pigmans were married on July 7, 1949, about 3-1/2 years after Mr. Pigman was honorably discharged from the Army with a T/5 ranking. In addition to the Bronze Star medal, he was awarded a Purple Heart medal, the European-African Middle Eastern Theater Ribbon with two Bronze Stars, the Good Conduct Medal, and the World War II Victory Medal.

After earning his discharge in January 1946, Pigman joined brothers Audra and Walker in operating Pigman Brothers Cleaners in Whitesburg. Paul Pigman said the three got the idea from two uncles who had earned their living through dry cleaning. After Walker Pigman sold his share in the Whitesburg business to open a dry cleaning firm in Rogersville, Tennessee, Audra Pigman had to retired because of illness. Paul continued operating Pigman Brothers until he retired in 1995.

After the war ended, then-University of Kentucky football coach Paul “Bear” Bryant visited Whitesburg to ask Paul Pigman, who had been a football star in high school, to go to Lexington to try out for the Wildcat team.

“He told him he’d already bought the equipment and everything for the cleaners, so he didn’t go,” Lola Pigman said.

Mrs. Pigman hadn’t known Paul during the years he was in service. She met him while she was working for the Gulf Oil distributorship in Whitesburg and saw him on the street near the cleaning plant.

“A Polly girl and I were on our lunch break,” she recalled of that day. “He called me and asked me for a date shortly thereafter.”

The couple has two children, Rodney Pigman of Whitesburg and Teresa Pigman Williams of Knoxville, Tennessee, and two grandchildren. All will spend Thanksgiving at Teresa’s home.

“We’re all just a happy family,” Pigman said. “We’ve always tried to be like that.”

Asked about his plans for his 93rd birthday he answered, “Just act naturally.”