Letcher Couny last in organ donors, but new clerk is working to turn that around 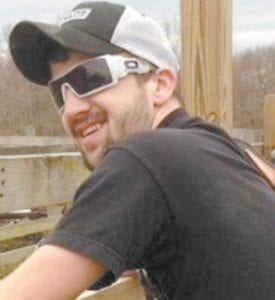 The late Jacob Lucas, of Thornton, signed up to be an organ donor after their grandfather received a heart transplant. Jake’s organs helped save the lives of others after he was in a fatal auto wreck.

There’s a series of popular Internet memes with the catch phrase, “Not all heroes wear capes.”

Some sign the backs of their driver’s licenses to become organ donors — just not many of them in Letcher County.

Of the 120 counties in Kentucky, Letcher has the lowest percentage of drivers who have consented to be organ donors, Circuit Clerk Mike Watts said. In Clark County, where the Kentucky Circuit Clerks Trust for Life program began, 97 percent of drivers have signed the consent. Watts said his office signed up 30 people in February, but Letcher County is nowhere close to that percentage.

The organ donor program is one of the things Watts said he would push if he were elected Circuit Clerk. He said the clerk’s office has been asking people as they come to renew their licenses if they want to donate, but so far the numbers haven’t been great.

“I told the Mountain Heritage Festival Committee that if I got elected, I’d be back this year, not to promote myself, but to promote organ donation,” he said.

Some Letcher Countians had answered the call before Watts was elected. The sister of one of those donors campaigned for Watts last year. Hannah Lucas said her brother Jacob, of Thornton, signed up to be an organ donor after their grandfather received a heart transplant. Then, in 2013, Jacob was involved in a car crash on the Hal Rogers Parkway. He died in the collision, but Hannah Lucas said he has saved at least six other people since then.

“Six people got organs, but my brother also gave tissue and bone marrow,” she said. “You just don’t know.”

Jacob Lucas was 18 months younger than his sister, only 21 at the time of this death. She still has trouble processing how it felt to learn what he had done.

“I guess bittersweet is how it feels,” Hannah said. “Of course I love him and I miss him, but he did something great.”

Watts said some people are hesitant to sign an organ donor card because they feel like doctors might not make as much effort to save them, but he said personal care doctors don’t even know if you are organ donor, and the doctors and nurses caring for a patient aren’t allowed to participate in the recovery of donated organs. He said there are also very few who die in a way that allows their organs to be used.

“If you die out in the county or die at home, they can’t use your organs,” Watts said. “You have to die in the hospital.”

Patients also have to be brain dead before organs are recovered.

Watts said others feel like their organs won’t be useful because of illness, injury or age, however he said donations can use anything from corneas to intestines, and age has nothing to do with whether organs can be used. There are 50,000 cornea transplants in the US every year.

“The oldest organ donor in Kentucky was 84, and the oldest donor in the U.S. was 92,” Watts said.

Watts tried to allay fears that a body can’t be buried in the traditional way after organ donation, saying it does not interfere with customary funeral rituals, and most churches and religions have no problem with the concept of organ donation.

“Most religions support organ donation, and consider it one of the most compassionate and generous acts you can take,” he said.

Shelley Snyder, executive director of Kentucky Organ Donors Affiliates, said the religion reasoning is not as common as it once was, but some people still believe that, despite the official positions of support by most churches.

“Every now and then, we heAR that about ‘I have to go to heaven whole,’” she said. “What about people who have had their gall bladder taken out, or a service person who lost a limb in battle? Can you really not go to heaven because you had your tonsils out at 21?”

Snyder said people do till tend to rule themselves out of organ donation. Even the oldest patient might have some body part that can be used to benefit another person.