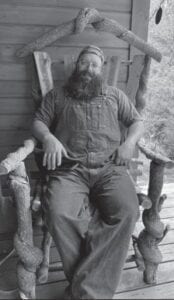 Gary Rutherford had a birthday on the 2nd.

When I opened my Facebook page on Sunday June 6, my heart was overjoyed. Caleb Baker’s wife Hannah had posted a picture of him and their whole family. Caleb looked so healthy and happy. He is now at Cardinal Hill and began his therapy Monday. There have been so many answers to our prayers through all his ordeal. He is blessed to be alive.

I also saw where Cambridge Combs’s pathology reports have all come back good. One is still pending but they are expecting it to be good, also.

It was also so wonderful to be back in an almost full church service Sunday morning. This coming Sunday we will be back full swing at Letcher Independent Baptist, Sunday school, choir and all. I actually shook our pastor, Bill Jones’s, hand on my way out of the building Sunday.

That was the first hand I shook, outside our family, since last March. I hope and pray we never take our freedom to gather and worship for granted ever again. Don’t get me wrong, it’s okay to just watch it on social media when you have nothing else, but there’s nothing like actually being there in person. 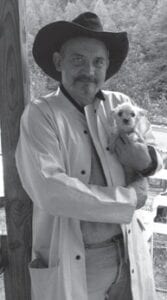 Kenneth Holbrook will have a birthday on the 13th.

The Master’s Harmony is also now back to singing as a group. I noticed on Facebook a lot of other gospel groups are showing their schedules for the next few months.

I got to take my 17-yearold granddaughter, Drew Eden Hampton, out for her birthday last Friday and one of the places she wanted to go was to Walmart to spend her birthday money of course. While in there I saw all kinds of people I know and it was such a pleasure to get to talk with them and hug them, too. In just about every aisle I saw someone I knew and of course, had to talk to. They all seemed just as excited as I was to get to talk to them.

I saw Margaret Combs and she looked like a breath of fresh air. I had to hug Wanda Spangler Niece as I had heard the day before about her sister, Sue Spangler Sexton, passing away. Wanda, Sue and their sister Doris Sexton were three of Mommy’s neighbors and friends when we lived in the “Brown House” on Colson. Wanda said she and Sue talked at 7:00 every morning on the phone and when she called Sue Thursday morning she didn’t answer and so Wanda knew something was wrong. 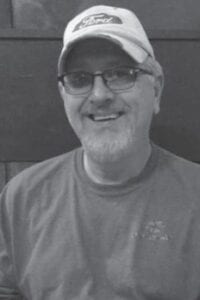 Leonard Begley had birthday on the 7th.

Also, as I was crossing the parking lot, I saw David Williams. He is one of my jigsaw puzzle buddies from Senior Citizens. He had to have open heart surgery last year and said he is now doing just fine. He also told me that the Letcher County Senior Citizens will be opening its program back up on July 12. I will be so excited to see everybody again, especially you, Lizzie Mae Wright. As we were getting in the car ready to leave Walmart, my granddaughter said, “You sure do like to talk to a lot of people, don’t you?”

You know, until I saw the movie, “Saving Private Ryan”, I never really got a glimpse of what D-Day or any of the other combat zones was all about. June 6 came and went and I really didn’t see that much about it on the news this year. Kevin Day’s Facebook entry though, was eye opening. He posted that more than 160,000 Allied troops landed on that 50-mile stretch of the Normandy, France coastline to fight Germany. More than 5,000 ships and 13,000 aircrafts were also there to support the invasion. Their sacrifice allowed the Allied soldiers to begin to defeat Adolph Hitler’s troops. I’m thankful there are people who have the dedication to our United States of America to defend it from people like Hitler and his beliefs. 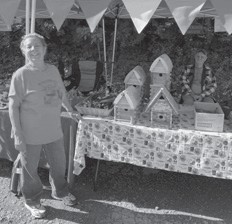 Lita Melton had a birthday on the 5th. She is shown here at their Farmer’s Market table. Her husband, James, can be seen in the background.

God’s Love From a Diaper Bag will once again be distributing diapers at the Shriner’s Building parking lot in Whitesburg on June 16 from 1 to 3. On the 18th there will be a drive-through infant and toddler clothing giveaway from 11 to 4.

Don’t forget about the Letcher County Farmer’s Market going on in Whitesburg on Saturdays from 9 to 12.

Okay, for the birthdays I want to mention. Gary Rutherford, husband of Wendy Madden Rutherford, had a birthday on the 2nd and she posted a picture of him on Facebook sitting in a chair that my husband and I made from local wood and cedar that we rescued from the fire pile after it was torn down by an ice storm on my brother’s property. Alec Fields, one of my former third graders, turned 22 on the 4th. Lita Melton had a birthday on the 5th. Kyle and Brandy Smith celebrated their wedding anniversary on the 6th. One of my close friends growing up, Leonard Begley, had a birthday on the 7th as did Kimberly Branham Sparks. On the 8th Sue Banks had a birthday. Janet Ratliff and Barbara Sergent Bentley will have birthdays on the 9th. My cousin, Lelah Adams Dixon, will have a birthday on the 10th. Earle Bone will celebrate his birthday on the 12th and Jack and Krystal Quillen will have been married for 20 years on the 12th. One of my former students, Shawn Paul Newman, will be 28 years old on the 13th and my brother-in-law Kenneth Holbrook probably wishes he was turning 28 on that day too, but sorry to say he’s older than dirt. On June 14 Luke Holcomb and Jesse Quillen will have birthdays. Jesse will turn 16. 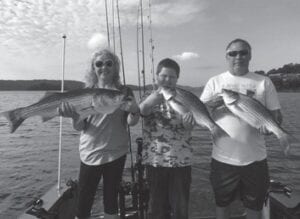 Jack and Krystal Quillen will have an anniversary on the 12th and their son Jesse will have a birthday on the 14th. 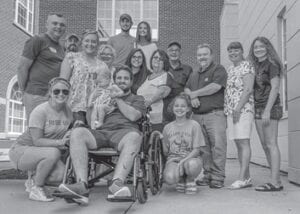 Caleb’s Baker was finally discharged from Cardinal Hill on Sunday, June 6. He is pictured here with his wife Hannah, parents Robby and Denise Baker, grandparents Gerald and Delilah Baker, sister Sara Baker, brother Josh and his wife Amy Baker and other extended family. We love you Caleb!

Don’t forget all the families that have lost loved ones recently, Sue Spangler Sexton, James “Bones” Sturgill, Clarence Baker, and my pastor’s family.

If you are ready to go back to church, you are more than welcome to come to Letcher Independent Baptist located in Jeremiah.