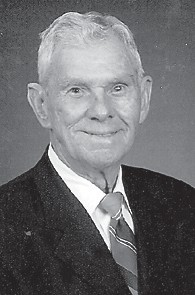 Olvin Houston, 93, died June 6 at his home in Jeffersonville.

Born in Letcher County to the late Olvin and Susan Wright Houston, he was the widower of Irene Ison Houston, and a grandfather of the late Al Houston.

He was a member of the Camargo Church of Christ, a U.S. Army veteran of World War II, and was retired from L.T.V. Steel in Cleveland, Oh.

Funeral services were held June 8. Burial was in the Houston family cemetery at Jeffersonville.