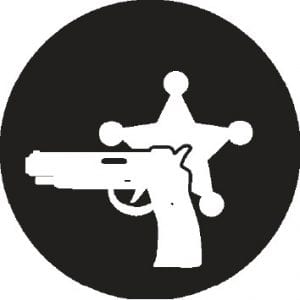 • At 10:17 a.m., a caller to the Letcher County Sheriff ’s Office states that he just received a call from a man identifying himself with the last name Johnson from a phone in the name of “J. M. Kingston.” The man claims to be a representative of Publisher’s Clearinghouse and told the caller he is the winner of a $ 5.5 million sweepstakes. To receive the prize money, however, “Mr. Johnson” instructs the caller to the sheriff ’s office to have a purchased Green Dot card on hand in the amount of $550 when he Publisher’s Clearinghouse team arrives. “Mr. Johnson” also instructs the caller to the sheriff ’s offi ce to keep quiet about his sweepstakes win, as “money changes people,” and to use his cellphone to keep the conversation going while the Green Dot card is being purchased. The sheriff ’s offi ce advises that “Mr. Johnson” is operating a scam.

• At 10:51 a.m., a woman calls from Abaco Court, Whitco, asking for assistance with unlocking an orange Jeep.

• At 1:32 p.m., ADT Security reports a burglar alarm sounding in at 171 HWY 3409, Neon. The Neon Police Department handles the call and reports that everything is OK.

• At 3 p.m., a Jeremiah woman calls the sheriff ’s office to report a telephone scam generating from Fort Worth, Texas.

• At 8:59 p.m., a Cromona woman advises that her 40-year-old daughter has stopped taking her medication for bipolar disorder and is out walking on the highway toward Jenkins. At 9:30 p.m., the daughter is returned to the mother, who says she will have involuntarily committed to a psychiatric center tomorrow morning.

• At 8:18 p.m., a woman from Grassy Fork, Hemphill, reports that her eightyear old daughter is “out of control” and requests that a deputy come and speak with her.

• At 9:18 p.m., Kentucky State Police refer a call to the sheriff ’s office concerning a physical altercation involving several subjects at Henry Hutton Road, Neon. One party is said to be en route to the Whitesburg ARH hospital and “under the influence.”

• At 11:14 a.m., a Whitco man calls the sheriff ’s office to ask for help with unlocking his white GMC truck.

• At 8: 17 p. m., a concerned citizen reports that people have locked their dog up inside a hot truck while they are inside a Subway restaurant eating. A deputy advises the dog’s owner that if this situation occurs again she will be charged with cruelty to animals.

• At 9:52 a.m., a female caller from Darrell Road, Johnson’s Fork, Premium, says she is calling on behalf of a male homeowner who wants a deputy to remove another woman from his home because the woman is arguing with him and his juvenile daughter.

• At 1:46 p.m., an alarm sounds at Letcher County Central High School. The school is contacted. Everything is OK.

• At 2:16 p.m., a deputy is en route to 10 Boggs Hollow, Kingscreek, to assist a Kentucky State Police trooper answering a complaint about two women involved in a domestic dispute.

• At 6:09 p.m., a deputy is dispatched to Walmart to assist with unlocking a vehicle.

• At 8:27 p.m., ADT Security reports an alarm sounding on Vermillion Avenue in Whitesburg.

• At 8:28 p.m., a woman requests a welfare check on her sister who is not answering her telephone in her home at Mountain Breeze Apartments, Burdine. The call is referred to the Jenkins Police Department.

• At 8:29 p.m., a caller reports that children are riding four-wheelers and motorcycles recklessly at Fletcher Hill, Seco. The man says he almost hit one of the children.

• At 11:26 p.m., a deputy is dispatched to Lynn Branch, Kingscreek, with a Kentucky State Police trooper to investigate a possible domestic violence case. Police arrive to learn that the “civil dispute” took place via telephone, and that everything is now OK.

• At 3:47 p.m., a Blackey woman calls the sheriff ’s offi ce to complain that her exhusband has been dropped off by her home. She said the ex was in jail on a theft charge. She is requesting additional patrol in her neighborhood.

• At 5:56 p.m., a woman from Pert Creek, Whitesburg, files a noise complaint in reference to dirt bikes running up and down Pert Creek Road.

• At 5:57 p.m., a caller reports that a black car has been parked near picnic tables at a Pine Mountain overlook since Tuesday morning and thinks an offi cer should check into the situation.

• At 5: 58 p. m., a man from Whitewolf Drive, Jenkins, reports that his ex-wife is removing items from his home. The man says he has been divorced from his ex for more than a year.

• At 7:07 p.m., a caller from Low Gap Branch, Little Colley, Isom, files a complaint about four-wheelers making noise in the area.

• At 10:44 p.m., Sheriff Danny Webb is en route to a home at Hydra Drive, UZ, to assist with unlocking a black Chevy Cobalt automobile.

• At 9:08 a.m., a representative of Whitesburg ARH hospital reports a dog bite that occurred Sunday night. The ARH employee said a male victim was bitten as he walked near the Valley of the Wind Art Gallery at Eolia. The employee said the dog belongs to the gallery’s owner.

• At 2:07 p.m., an anonymous caller reports that a male subject is at Isom sitting inside a dark blue Dodge Neon automobile drinking beer. The caller says a 10- year- old child is also in the vehicle, and reports that two females have exited the car to visit the Isom office of a health care provider. Police visit the scene but are unable to locate the car.