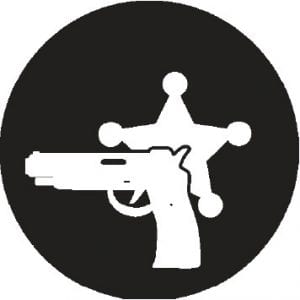 • At 10:38 a.m., Letcher County Deputy Sheriff Eugene Slone advises a domestic violence victim to go to the Whitesburg hospital for treatment of injuries. The woman, who lives at Cottage Row, Jenkins, was sent to Slone by Letcher County Attorney Jamie Hatton with instructions that Slone photograph her injuries, which he did.

• At 5:15 p.m., a man from Neon reports that someone has broken into his garage and stolen tools from him after causing a considerable amount of damage.

• At 6:44 p.m., the sheriff ’s office is notified of gunshots being fired at Haven of Rest Cemetery, Mayking.

• At 6:48 p.m., a security guard for an idled Sapphire Coal Company mine on KY 931N reports seeing a man on foot at the mine.

• At 8:59 a.m., a caller from Dye Addition, Mayking, reports the presence of a male subject in the area using an iPad to take photos. The caller says the man is driving a while Dodge fourwheel drive pickup with “Bad to the Bone” written on the back.

• At 9 a. m., Kentucky State Police report a hangup call to 911 from Letcher County Central High School. The Whitesburg Police Department is notified.

• At 9:28 a.m., a woman whose address is not listed reports getting a telephone call at 3:12 a.m. She says the phone rang only once and the call did not show up on Caller ID.

• At 12:49 p.m., the owner of a rental home at Craft’s Colly reports that someone has burglarized his property at Combs Branch. Reported stolen are a metal coal bin chute about eight feet long and 12 inches wide; three two- to three-foot pieces of 12-lb. railroad steel, including plates and spikes; three five-foot long slate bars, a black and red corn shucker attached to a full-size whiskey barrel, pieces of green metal roofing, and old metal fence posts. The renter of the home has identified two males she saw taking the items, but says she thought they had permission to do so.

• At 1:53 p.m., a deputy is dispatched to Cook’s Used Cars, Mayking, to assist with a female who is trying to leave in a car that belongs to the lot. The deputy reports that everything is OK, and that the female has advised she will leave the car and bring back the money she owes.

• At 2:14 p.m., a sheriff ’s deputy reports serving a small claims court summons and warrant at a home on Brickyard Hill, Jenkins, with the assistance of the Jenkins Police Department.

• At 10:50 p.m., a woman from Highway 3408, Blackey, reports that someone has broken into a building or home she owns nearby. She says nothing is missing, but that the door has been damaged.

• At 10:53 p.m., the sheriff ’s department agrees to provide extra patrol around a home at Haymond after a man calls to say his father will be home alone tonight, and that someone has informed him that five people — three of whom he identifies — plan to come to the home tonight to steal guns.

• At 6:41 p.m., a deputy is en route to Lilley Cornett Woods, Linefork, to check on a male there walking on the road.

• At 7 p.m., the sheriff ’s office is called about a man “bumming” from people and refusing to leave a location at Ermine. The Whitesburg Police Department has been notified and is en route.

• At 9:31 p.m., a woman from Indian Creek, Democrat, reports that a suspicious gray car is parked in front of the home of a neighbor who is hospitalized.

• At 8: 37 a. m., a man from Highway 931S, Cowan, reports that on Sunday morning around 4:30 a dark pickup ran through three yards, including his, and caused damage to all of them. The caller said the truck, a double-cab 4×4, left headed toward Ran Day Hollow.

• At 8:43 a.m., a burglar alarm is sounding at Community Trust Bank, Neon. The Neon Police Department and Kentucky State Police have been notified.