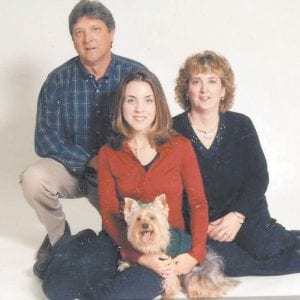 Authorities are investigating the cause of a fatal traffic accident in Knox County that claimed the lives of five people on Christmas Eve, including the director of finance for the Letcher County School System.

The accident reportedly happened around 5:30 p.m. on Monday near the community of Flat Lick.

Police say 31-year-old David Vanderpool of Williamsburg was traveling on U.S. 25E when he lost control of his vehicle, went airborne after hitting a median, and struck a southbound car head-on.

Vanderpool was killed, as well as the occupants of the other vehicle, including 61-year-old Gary Caldwell, who directs the financial operations of the Letcher County Schools. Also killed were Caldwell’s wife, 58-year-old Patricia Caldwell of Putney in Harlan County, and the couple’s daughter, 29-year-old Julia Robinson and her husband, 30-year-old Brent Robinson of Bradenton, Fla.

Police are investigating whether alcohol or drugs played a role in a wreck, the Lexington Herald-Leader reported Tuesday evening.

Vanderpool, of Williamsburg, was driving north on U.S. 25E when his 2004 Ford Taurus crossed the median of the divided four-lane road and collided head-on with a 2010 Camry in which the members of Caldwell family were driving south.

Terry Caldwell, Gary’s brother, told the Lexington Herald-Leader that Gary and Patty Caldwell were returning home from Lexington, where they had picked up their daughter and son-in-law, who had flown in for Christmas. The Caldwells were going to get the whole family together for Christmas dinner at 3 p.m., he said.

Terry Caldwell told the Herald-Leader on Tuesday that the reality of the deaths in the family hadn’t begun to sink in.

“They were outstanding, wonderful people,” he told reporters Bill Estep and Josh Kegley.

Terry Caldwell said police told his cousin that Vanderpool’s car was “running from 80 to 90 miles per hour.” Knox County Coroner Mike Blevins said state police troopers said it was one of the worst wrecks they had ever seen, the Herald- Leader reported.

According to the Herald- Leader, Knox County deputies had been looking for Vanderpool’s car at the time of the wreck because of a report of an impaired driver.

Cornett said police did not find alcohol containers in the passenger compart- ment of either vehicle.

Howard told the newspaper that Gary Caldwell had worked for the state Department of Education as a field representative for many years, assisting local districts, and that Patty Caldwell had been a teacher before becoming a principal.

“She was just an outstanding educator all around,” Howard said.

Julia Robinson, a speech therapist, met Brent Robinson at a Florida hospital where they both worked, Terry Caldwell told the Herald Leader. “They had only got married a couple years ago,” he said.

Terry Caldwell said he and his brother grew up in Bledsoe. He said they were close and visited each other often. Gary Caldwell loved to hunt, he said, and the two went buck hunting in Clay County last weekend. Gary Caldwell planned to deepfry a turkey for Tuesday’s dinner, the Herald-Leader said.

The Herald-Leader also reported that Gary and Patricia Caldwell are survived by an adult son, Scott Caldwell of Georgetown, Terry Caldwell said. He told the paper that Scott Caldwell was driving to his parents’ house Monday night and was rerouted around the accident scene.

When he got to the house and no one answered the door or phone calls, Scott Caldwell figured out what had happened.

“He knew something was wrong so he turned around and went back to where the wreck was at. It was his mom and his dad and his sister,” Terry Caldwell told reporters Estep and Kegley, his voice cracking. “State police stopped him. They saw him coming on foot and they knew not to let him go any further.”