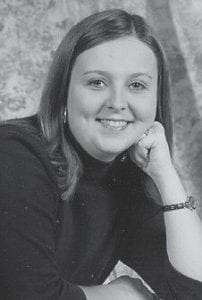 Sierra R. Kincer, daughter of Bennett and Carolyn Kincer of Mayking, was graduated from Whitesburg High School in 2005. She was ranked 12th in her class with a 4.03 grade point average. While attending high school, she was treasurer of the Beta Club and the HOSA Club, a member of the Interact Club and student government, and editor of the yearbook.

She now attends Eastern Kentucky University where she is studying to become a registered nurse. She says she likes the closeness of her community and how everyone knows and cares for each other. She says she plans to return to Letcher County to live and work after her education is complete to care for the people of an area in which she grew up and loves so much.

Amber Wurschmidt is a daughter of JoAnn Wurschmidt Smith and Kevin Wurschmidt of Mayking. She was graduated from Whitesburg High School in 2004 and was ranked ninth in her class with a 3.85 grade point average. While attending WHS, she was a member of the Beta Club, Interact Club, and FCCLA, and secretary of the Pep Club. She was also a member of the girls’ varsity cheerleading team and head coach of the Beckham Bates School cheerleaders. 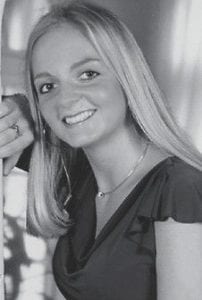 A student at the University of Virginia’s College at Wise, after earning her bachelor’s degree she plans to enter the University of Kentucky’s Center for Rural Health to complete a doctorate in physical therapy. She says she will return to eastern Kentucky to live and work after completing her education. She says she feels as a physical therapist, she can have a positive impact on others in a community she loves so much.

Rebecca L. Hampton, daughter of Frank and Barbara Hampton of Jenkins, was graduated in 2003 from Jenkins High School ranked first in her class with a 4.0 grade point average. She attends the University of Kentucky where she has completed her undergraduate work and has been accepted into the College of Pharmacy. 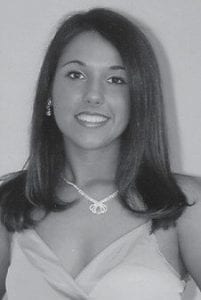 While attending college, she has been a member of the Alpha Lambda Delta Honorary, Pharmacy Honorary, Honor Society of Collegiate Scholars, Student Athletic Council, Johnson Fitness Center, and Reading Buddies. She has been named to the National Honor Roll and was a student representative.

She considers herself to be highly motivated and is very focused on achieving the goals she has set for herself. She says she has always been drawn to the medical field because of the opportunity to work with others and make a difference in their lives. She says she is proud of the natural beauty of her area and likes the closeness of her community that shares a common faith and values, and plans to return to eastern Kentucky to work and live when her education is complete.