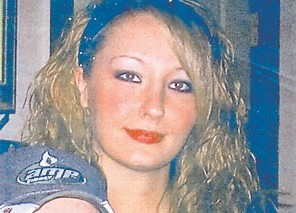 A 22-year-old Letcher County woman was arrested in Premium this week in connection with the attempted murder of a store owner in Kingsport, Tenn.

Linda Kay Collier, of 244 Slate Avenue, Neon, was arrested by Kentucky State Trooper Randy Surber without incident Oct. 12 at a home at 3511 Highway 160, Premium. She had been wanted by Tennessee po lice since August.

Collier, also known as Linda Kay Nicole Collier Brown, is being held without bail in the Letcher County Jail until she can be extradited to Tennessee, where she will be charged with attempted premeditated first-degree murder, aggravated robbery and conspiracy to commit aggravated robbery.

Police told The Kingsport Times-News that Gemechu, who bled severely from head wounds after the attack, identified Williams and Maddux as those involved in the robbery and assault after Gemechu spent 24 hours in Holston Valley Medical Center recovering from injuries he received during the attack.

Police said the robbers yelled “just kill him” during the assault, the Times-News reported.