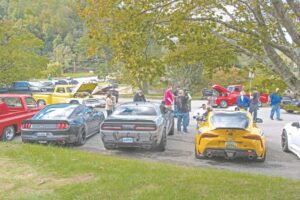 For the first time in several years, the City of Whitesburg was alive this past Saturday with brightly colored custom vehicles from all over the region, ranging from lowered trucks sparking along the pavement to classic police cruisers touting their lights and sirens in a homage to their storied past. There was one major difference, however; this time the Kentucky State Police were the driving force behind the event. Troopers Matt Gayheart and Michael Burton from Kentucky State Police Post 13 initiated the first annual Cruising with Cruisers Car Show — and smashed any expectations they may have had. The event raised money for the “Shop with a Trooper” Christmas program. According to Trooper Gayheart it was the most successful fundraiser for the program in the last 10 years. “The total number raised for Shop with a Trooper was $7,086.” However, while Shop with a Trooper program still needs more funds, from a car show standpoint, the event was indeed a major success. Over 160 show vehicles, many of which had been featured in national magazines, piled into the old Whitesburg High School parking lot, from as far away as Illinois, Michigan and North Carolina. One show goer, Rob Ireland from Urbana, Illinois drove over 10 hours for the four hour show while pulling his show truck on a trailer. “I’ve come to several truck shows in Whitesburg over the years and missed them terribly,” says Ireland, “Once I heard that a show of this type was to be held in Whitesburg again, given the chance to come back to the place that made me feel like I was always welcome, I couldn’t miss it. It was like a mountain homecoming and felt like old times. This show is on my calendar from now on.” Show vehicles weren’t the only special guests in attendance. Police departments from all over the region attended as well to show support to the KSP cause from the Hazard Police Department, the Laurel County Sheriff’s Department, and the Granger County, Tennessee Sheriff’s Department. Not only did Granger Deputy Dennis Gilbert and Special Deputy Garth Bustle bring a K9 Unit 2014 Chevrolet Tahoe to the show, they also gave away hundreds of dollars’ worth of teddy bears and other items for children. At the end of the show, police lead parade was conducted around and through downtown, and ended with a trip up Pine Mountain for the sunset with all of the special guest police departments acting as grand marshals. Those wishing to donate to this most worthy of cause of Shop with a Cop may do so by sending your donations to: 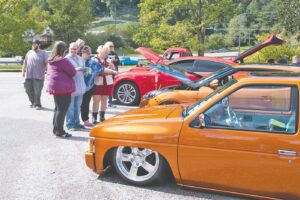 Brightly colored custom vehicles from all over the region were being shown. 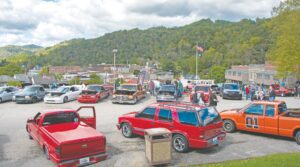 A large number of police cruisers from here and elsewhere were on display. 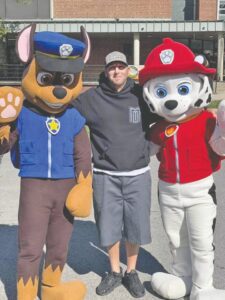 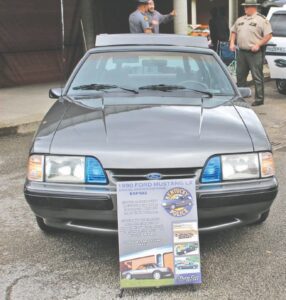 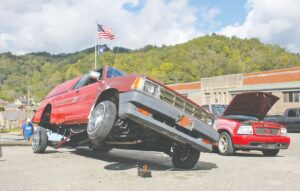