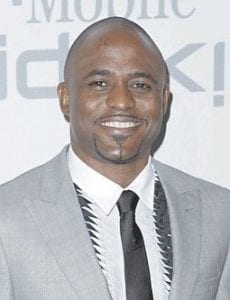 CBS says that an updated version of the show ‘Let’s Make a Deal’ will debut Oct. 5, with Wayne Brady as host.

The game show “Let’s Make a Deal” is coming back to daytime television.

CBS says that an updated version of the show will debut Oct. 5, with Wayne Brady as host. The network says that the premise of audience members trying to win cash and prizes by making “wacky deals” will be intact.

Monty Hall, longtime host of the original “Let’s Make a Deal,” is a consultant on the new show. It will replace “Guiding Light,” the soap opera that’s ending its more than five-decade run Sept. 21.

CBS programming chief Nina Tassler told the Television Critics Association that the change represents a “very tough transition” for the network, and that three game show pilots were scrutinized before “Let’s Make a Deal” won out.