Life is not fair to fat kids 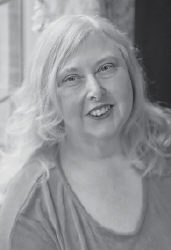 Lynn McAfee says her teachers did little to protect her from taunts. (AP)

Overweight children are stigmatized by their peers as early as age 3 and even face bias from their parents and teachers, giving them a quality of life comparable to people with cancer, a new analysis concludes.

Youngsters who report teasing, rejection, bullying and other types of abuse because of their weight are two to three times more likely to report suicidal thoughts as well as to suffer from other health issues such as high blood pressure and eating disorders, researchers said.

“The stigmatization directed at obese children by their peers, parents, educators and others is pervasive and often unrelenting,” researchers with Yale University and the University of Hawaii at Manatoa wrote in the July issue of Psychological Bulletin.

The paper was based on a review of all research on youth weight bias over the past 40 years, said lead author Rebecca M. Puhl of Yale’s Rudd Center for Food Policy and Obesity.

While programs to prevent childhood obesity are growing, more efforts are needed to protect overweight children from abuse, Puhl said.

“The quality of life for kids who are obese is comparable to the quality of life of kids who have cancer,” Puhl said, citing one study. “These kids are facing stigma from everywhere they look in society, whether it’s media, school or at home.”

Even with a growing percentage of overweight people, the stigma shows no signs of subsiding, according to Puhl. She said television and other media continue to reinforce negative stereotypes.

“This is a form of bias that is very socially acceptable,” Puhl said. “It is rarely challenged; it’s often ignored.”

Children as young as 3 are more likely to consider overweight peers to be mean, stupid, ugly and sloppy.

A growing body of research shows that parents and educators are also biased against heavy children. In a 1999 study of 115 middle and high school teachers, 20 percent said they believed obese people are untidy, less likely to succeed and more emotional.

“Perhaps the most surprising source of weight stigma toward youths is parents,” the report says.

“It is possible that parents may take out their frustration, anger and guilt on their overweight child by adopting stigmatizing attitudes and behavior, such as making critical and negative comments toward their child,” the authors wrote, suggesting further research is needed.

Lynn McAfee, 58, of Stowe, Pa., said that as an overweight child she faced troubles on all fronts.

“It was constantly impressed upon me that I wasn’t going to get anywhere in the world if I was fat,” McAfee said. “You hear it so often, it becomes the truth.”

Her mother, who also was overweight, offered to buy her a mink coat when she was 8 to try to get her to lose weight even though her family was poor.

“I felt I was letting everybody down,” she said.

Other children would try to run her down on bikes to see if she would bounce. She had a hard time getting on teams in the playground.

“Teachers did not stand up for me when I was teased,” McAfee said.

A study in 2003 found that obese children had much lower quality of life scores on issues such as health, emotional and social well-being, and school functioning.

“An alarming finding of this research was that obese children had (quality of life) scores comparable with those of children with cancer,” the researchers reported.

“The overweight children felt less intelligent,” Rimm said. “They felt less popular. They struggled from early on. They feel they are a different species.”

Parents should emphasize a child’s strengths, she said, and teachers should pair up students for activities instead of letting children pick their partners.

McAfee, who now works for the Council on Size and Weight Discrimination, said her childhood experiences even made her reluctant to see a doctor when she needed one. She recalled one doctor who said she looked like a gorilla and another who gave her painkillers and diet pills for what turned out to be mononucleosis.

“The amount of cruelty I’ve seen in people has changed me forever,” McAfee said.