Lineup is set for ‘The Chase’ 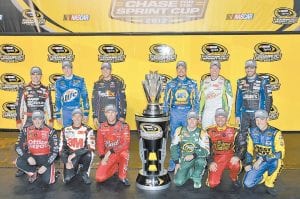