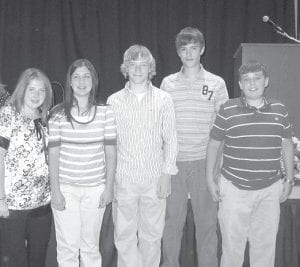 After looking at cadavers, dissecting cats, and doing many other fun activities at the AHEC (Area Health Education Center) summer healthcare camp in Hazard, I thought to myself that the camp simply could not top itself. But I was proven wrong early one morning when we walked into a room where a live surgery was being broadcast all the way from Lexington.

A rush of excitement went through me as the operation to remove a tumor from inside the chest of a three-year-old girl began. The surgeons started making incisions into the girl’s side with very precise movements. After the cuts were made a camera was stuck inside the girl and the television began showing what the camera could see.

It was an amazing sight to see inside the girl’s body. The surgeon behind the camera even showed us her heart. Doctors then began the process of using special instruments to peel a layer off the fourcentimeter tumor and then began to detach it. All the while, we could ask the surgeons anything about what was happening. In the end, the operation was a success and the little girl was saved.

This fun but educational event was one of many that we campers experienced over these 2-1/2 weeks of medical camp. I strongly suggest that anyone who meets the requirements for this camp and is interested in a job in the medical field to try this camp out.

will be a freshman at Letcher