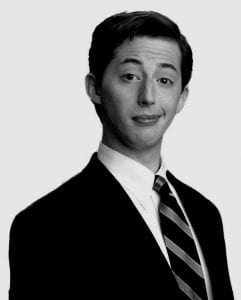 The Knights of Prosperity: Enjoy them while you can, because it’ll be “nighty-night, Knights” soon. The sitcom about a band of amateur burglars targeting celebrities returns to finish out its run in the dog days of summer, starting with the new episode “Operation: Rent Money.” The Knights have a plan to rent an apartment near their latest target – and to raise the money for that part of the caper by kidnapping Louis (Josh Grisetti) for ransom. Hey, why not?

NFLPreseason Football: Peyton Manning and Tony Romo are two of the NFL’s marquee quarterbacks, but you’ll likely get just a glimpse of them tonight in this preseason opener between Manning’s Colts and Romo’s Cowboys. They’ll break a sweat, then give way to the guys who really need the reps, the backups. Featured more prominently will probably be the coaches, Super Bowl champ Tony Dungy and Wade Phillips, who makes his debut on Dallas’ sideline.

Flash Gordon: Sorry,
no music by Queen in this version, but the special effects are way cooler. Based on the classic sci-ficomic strip, this new series stars Eric Johnson (“Smallville”) as the titular hero trying to save Earth from the evil schemes of Ming the Merciless. Gina Holden and Jody Racicot play Flash’s faithful sidekicks, Dale Arden and Dr. Hans Zarkov.

He’s … uh, she’s
… uh, it’s dead, Jim. A short story by Howard Fast (“Spartacus”) inspired “The
Awakening,” set in Iraq. Two U.S. soldiers come upon a casualty near Baghdad –
nothing unusual there. But they can’t even be sure this is a human being. Terry
O’Quinn (“Lost”) and Elisabeth Rohm (“Law & Order”) star, with William B.
Davis (“The X-Files”) as the president.

Hell’s Kitchen: The slicing and dicing – not to mention the sweating and swearing – come to an end with the season finale of the reality series. One last challenge will determine which of the contestants who started the show has the right stuff – as determined by tart-tongued host Gordon Ramsay – to run a restaurant.

On the Lot: More
than 12,000 answered the call, but only one will be chosen. In the two-part
season finale of this competitive reality series – an “American Idol” for
moviemakers – we learn who the last Spielberg wannabe standing is, based on the
votes of viewers. That lucky person wins a shot at the big time in the form of a
$1 million development deal with DreamWorks. Part 2 airs Aug. 21. Adrianna Costa
hosts.