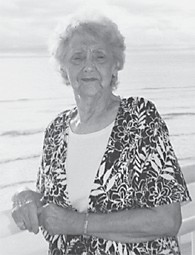 She worked for Dr. T.M. Perry and Dr. George Davidson, and attended the Peeks Branch Church. She enjoyed gardening, cooking, traveling, spending time with her family, friends, and pets (special pet, Monkey). She will be greatly missed by her family and friend.

Lucas and Son Funeral Home were in charge of the arrangements.