Looking for a nice gift? Try a coffee table book 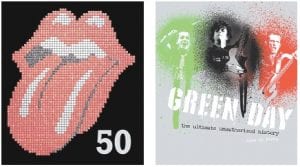 Above left, “The Rolling Stones 50,” by Mick Jagger, Keith Richards, Charlie Watts and Ronnie Wood, is being released by Hyperion in celebration of the band’s 50th anniversary. At right is the cover of “Green Day: The Ultimate Unauthorized History,” by Alan di Perna for Voyageur Press.

Even people without coffee tables enjoy coffee table books as gifts, especially if they’re thoughtfully chosen rather than hastily snatched from a store shelf at the last minute.

The holidays bring fresh choices every year among large-format, photo-driven books. A sampler among new releases: 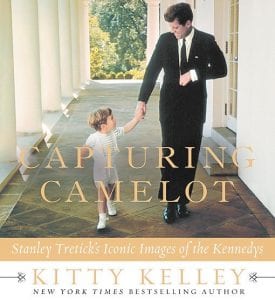 “Bond on Bond,” Lyons Press, the Roger Moore years, by Roger Moore. Lots of trivia in text spanning all 50 years of 007, not just Moore’s stint. His recollections are cheeky and well informed. He includes snapshots of famous pals who showed up on set, details gadgetry and includes a great color beefcake shot of Daniel Craig, shirt off.

“Steven Spielberg: A Retrospective,” Sterling, featuring text with the director and film critic Richard Schickel in conversation as Spielberg looks back on the last 40 years. Chapters are chronological by movie. Photos heavy on film stills.

“All the Bits: Monty Python’s Flying Circus,” Black Dog & Leventhal Publishers, by Luke Dempsey. A colorful doorstop of a book offering complete scripts for every one of the show’s 45 episodes, with marginalia and fun graphic details. 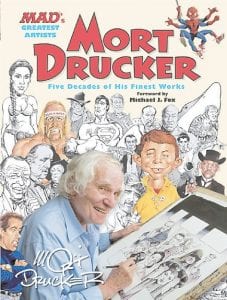 This book cover image released by Running Press shows “Mort Drucker: Five Decades of his Finest Works.” The book is a collection of movie and TV satire plucked in comic-strip format from the pages of the magazine. George Lucas and Steven Spielberg, who were among Drucker’s targets, wrote notes of appreciation.( AP Photo/Running Press)

“Ralph Steadman’s Extinct Boids,” Bloomsbury, with commentary from Ceri Levy. Levy, a filmmaker, asked the cartoonist best known for his work with Hunter S. Thompson to produce one painting for an art exhibition on birds. Steadman didn’t stop there, documenting in beautiful color 100 birds in all. His fullsize paintings are punctuated by humorous emails and phone conversations between the two.

“Mad’s Greatest Artists: Mort Drucker, Five Decades of His Finest Work,” Running Press. A collection of movie and TV satire plucked in comic-strip format from the pages of the magazine. George Lucas, Steven Spielberg and others among Drucker’s targets wrote notes of appreciation. 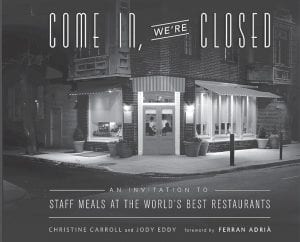 “Come In, We’re Closed: An Invitation to Staff Meals at the World’s Best Restaurants” contains recipes from a variety of restaurants around the country (AP Photo)

“The Rolling Stones: 50,” Hyperion, by Mick Jagger, Keith Richards, Charlie Watts and Ronnie Wood. In celebration of the band’s 50th anniversary, stark commentary from the Stones themselves to go with tour photos, candids and close-ups.

“Come In, We’re Closed,” Running Press, by Christine Carroll and Jody Eddy, with foreword by Ferran Adria. How do the world’s best restaurants feed their staffs? Contains recipes fit for many based on the good eats for the “families” of a variety around the country.

“Celebrate: A Year of Festivities for Families and Friends,” Viking, by Pippa Middleton. From Christmas crafts to putting on a traditional afternoon tea, the younger sister of Catherine, the duchess of Cambridge covers a lot of ground. Lots of party recipes, including nutella madeleines and a hazelnut roulade. Tips on how to plan for the holidays and preparing ahead.

“The Things That Matter,” Spiegel & Grau, by Nate Berkus. Text-heavy look at the home design guru’s influences and some of his favorite things. There’s a shoutout for sex therapist Dr. Ruth Westheimer and the radio show he listened to as a youth that “gave everyone respect, acceptance, and permission to be exactly who they were.”