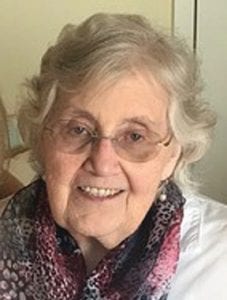 Born in Murray River, Prince Edward Island, Canada, she was a daughter of the late Russell Gillis and Vera Jenkins Gillis and the widow of the Rev. Junior Waddles. A sister, Ida Gillis Snyder, also preceded her in death.

She worked as a pediatrics nurse for 39 years at hospitals on the island of Bermuda and in the northern Ohio area.

She and her husband lived in Grafton, Ohio, and when they retired they moved to Whitesburg. After her husband’s death, she moved to Ackworth, Ga.

In lieu of flowers the family asks for gifts to the Samaritan’s Purse organization helping those most in need around the world.