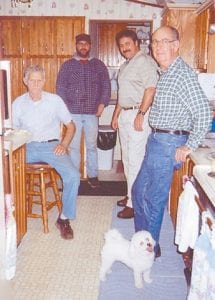 The late Emory Cornett, brother of Linefork correspondent Bonnie Ingram, is shown with his dog Mollie and Claude Ingram, David and Randy Ingram.

Greetings from the mountains of eastern Kentucky, a wonderful place to be in these trying times.

Memories of loved ones fill my heart with love, pain, good times and sorrow. I have lost so many good friends and loving family through the years. They will always fill a big place in my heart and soul, my grandparents, my cousins, aunts and uncles, and my parents, sister and brothers. So special. Also, many friends and their families. They could make you feel so good and special.

I lost my best friend when we were 14 years old. It almost broke my heart. We were in the seventh grade. She got sick and died. I never did really know what was the cause of her death. It was some kind of bad fever. I always put flowers on her grave at Memorial Day, and wonder about her death so young.

It is Saturday, November 19. I woke up early and found it was raining some. It was a welcome sight. I hope all the fires in the mountains will be out. My son Randy and I went up on the Little Shepherd Trail the day before yesterday and we could see back across the hills toward Big Branch and Kingscreek Hollows and three different fires were burning someplace close to Rattlesnake Drive. It was smoky back toward Whitesburg and Isom. Then we went off into Cumberland and it was smoky toward Harlem and Everett. 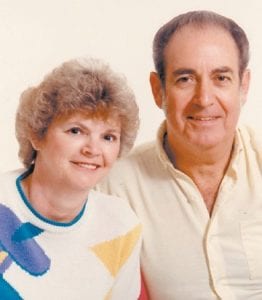 This photograph of Diane Cornett and the late Emory Cornett was taken in 1990.

We had bad news again that day. One of our neighbors at Gordon area was found dead in his home. He was Ronnie Morgan. He had a heart attack. He was Jewell Ann Morgan’s brother-in-law, Mack Morgan’s youngest brother. It was so sad to hear that news for Mack after just losing Jewell Ann and me losing my brother Emory in Indiana and our greatniece Julie Caine.

They are having Emory’s memorial on Sunday in Marion, Ind. None of us are able to attend and it is so sad and heartbreaking.

I hope that when they get his ashes back from that place that we can be able to go there then. Just say a prayer for us in this troubling time in our lives. We grieve deeply for our brother and for not being there with his family. We are all having health problems. 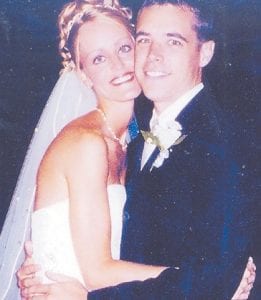 Nick and Julie Caine are pictured on their wedding day in 2004. She died on November 5, a victim of cancer.

My brother-in-law is so hurt over his wife and brother. He was having to call all his relatives back after they found Ronnie dead in his home. They had just gone back to their homes after Jewell’s memorial.

When I was younger and able, I loved for all the family to come to our house to have Thanksgiving or Christmas. One year Emory and Darlene came and it was Christmas time. They stayed in our little “Love Shack”. Claude and I made our little house that we lived in when we only had our oldest son Roger Dale. It is where we lived and had three more of our sons. It was three rooms. Then we moved to Illinois for Claude to work for Peabody Coal Co. We lived there eight years and Randy was born there in 1968.

We stayed until Peabody closed the mine where he worked and came back to our Love Shack until we got our mobile home down from Harrisburg, Ill. We bought a new doublewide home and moved the Love Shack to a different place so the boys could build a big building where it was. Then we named it the Love Shack, two rooms and a bathroom. 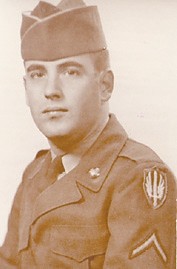 The late Emory Cornett is pictured in the 1950s. He was a brother of Linefork correspondent Bonnie Ingram.

I got a small Christmas tree and decorated it for them and a gift for each one. They loved it out there. They stayed the rest of winter in there and would come up to our house every evening to play Rook or card games or work puzzles. It was such pleasure to have them. That is when we began to go to Leatherwood to church and Emory gave his heart to Jesus.

I will always remember him as a wonderful brother and uncle to my sons, and best friend with my husband Claude.

Hope all have a great Thanksgiving.