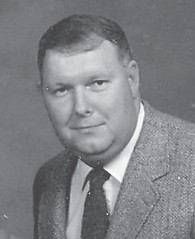 Lyle Frazier, 61, died November 30 at his home in Whitesburg.

A son of the late Gilby and Imogene Caudill Frazier, he was a brother of the late Kellis Frazier and Edward Frazier.

Funeral services for Mr. Frazier were held December 3 at the Letcher Independent Baptist Church. Burial was in the Burton Hill Cem- etery at Letcher.