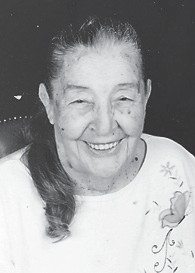 Born in UZ to the late William McKinley and Etta Bea Dixon Caudill, she was the widow of Elmer Frazier, whom she married in Detroit, Mich., in 1946.

She was a sister of the late Virgil Glenn Caudill and Helen Madge Caudill, and a grandmother of the late Michael Elmer Anderson, Christina Ann Anderson and Mathew Ray Anderson.

Mr. and Mrs. Frazier fostered many children over the years and in 1971, they adopted four children as their own.

A private memorial service will be held by the family at a later date, and Mrs. Frazier’s ashes will be buried with her husband at Melbourne Cemetery, Melbourne, Fla.