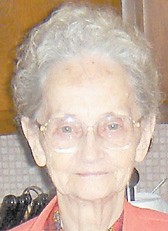 A daughter of the late Fred Pratt and Vina Halcomb Pratt, she was the widow of Ray Brown. She was also preceded in death by two sisters, Marie Pratt Roberts and Claudia Pratt Adams, and two brothers, Harvey “Jack” Pratt and Leonard Dale Pratt.