Magazine cites local student as one who is likely to succeed 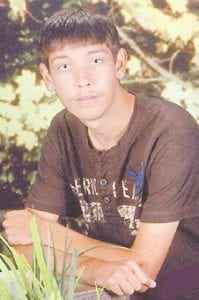 A senior at Letcher County Central High School has recently been highlighted in a Kentucky magazine for his ambition to make something of himself.

Allen Michael Stidham, 17, of Millstone, has been selected by Kentucky Monthly as one of eighteen Kentucky high school seniors voted “Most Likely to Succeed”.

“Being spotlighted in Kentucky Monthly is not only a personal accomplishment but an accomplishment for Letcher County in general,” said Stidham. “It proves that any individual from our area can compete in all genres with schools from around the state.”

All of the seniors highlighted in the April issue of the magazine were voted “Most Likely to Succeed” by their classmates. Then they had to submit documents to the Frankfort-based magazine to show why their information should appear in the magazine.

Stidham and Shilpa Sachdeva, from Pikeville High School, were the only two students in eastern Kentucky highlighted in the magazine.

Stidham is a son of Russell and Andrea Stidham. He is a grandson of Allen Stewart of Millstone, Beverly Hogg of Premium and the late Robert and Lorraine Stidham of Deane.

“He’s the oldest grandson and we are just so proud of him,” said Beverly Hogg, Stidham’s grandmother. “For him to be able to achieve this and go to school and be a doctor would be one of the proudest moments that a grandparent would want.”

Stidham is the vice president of Future Business Leaders of America and is a Beta Club member. He is also a member of the academic team.

Stidham is the defensive captain of the LCCHS soccer team.

“My hobbies include many hours spent around soccer. I coach, referee, and play the sport which is so much of my life,” said Stidham.

Stidham has been accepted to attend the University of Kentucky where he wants to major in chemistry.

“My goal is to attend the University of Kentucky to become a pediatric neurologist,” said Stidham. “I aspire to contribute back to the community that has given me much more than anyone realizes.”

Several of Stidham’s teachers are impressed by his work ethic and believe he will be successful in life.

Faye Collier, Stidham’s math teacher, said Stidham’s persistence and determination have helped him to achieve success in the classroom.

Johnette Gainer, Stidham’s English teacher, said he is an eager and enthusiastic learner.

“He has a very creative mind, and it was a pleasure to have him in class,” said Gainer.

“Allen is a truly special individual,” said Fields. “He is a wonderful student who blesses the classroom. He also brings pride to our leadership club.”

“He has been a true joy to know and work with him through his high school career,” said Donour.

Donour said Stidham is well deserving of being spotlighted in Kentucky Monthly and has no doubt that Stidham will succeed at a very high level in the future.

“No matter how distant something seems in your life, as long as you aspire for the greatest, you can accomplish anything,” said Stidham.