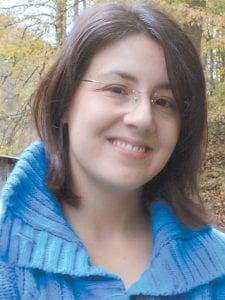 An Ermine woman who started scrapbooking about a year and a half ago will have seven scrapbook layouts printed in coming editions of magazines.

Jamie Long’s first scrapbook creation to be published in a magazine will appear in the Scrapbook Trends “Idea Book” in March under the quick and easy category. It’s a twopage layout titled “Birds of a feather have fun together.” The layout has photos of her two sons, Will, 7, and Josh, 4.

Long will also have two layouts published in the June edition of Scrapbook Trends. One includes photos taken at Pine Mountain Crafts Co-Op and the other layout includes a photo of Will. A two-page layout designed around Long spending time with Josh when he was a baby will be printed in the July issue of Cricut Magazine. 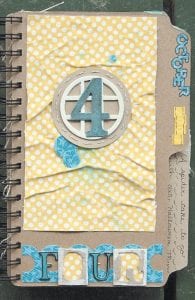 This mini album created by Jamie Long of Ermine is one of two mini albums she made which will be printed in the “Scrapbook Trends” Mini Album Idea Book in June.

Long bought most of the supplies used to make the scrapbook pages at Mountain of Scraps located in Dry Fork. She said she started scrapbooking in June 2009 after a friend took her to the store and showed her all the different tools, paper and accessories that can be used to make different creations.

“We were there for four hours,” said Long. “She showed me what everything is for.”

She then started going to “crop nights” at Mountains of Scraps and watched a group of five to 15 women scrapbook each Friday night. Long said she has learned by watching other women create scrapbook pages.

Long said 75 percent of her scrapbook pages are centered around her children. She also scrapbooks using older family photos and photos of her pets. 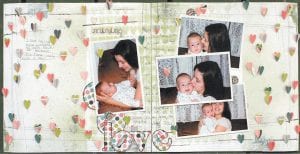 Jamie Long of Ermine created a two-page scrapbook layout designed around her spending time with her son, Josh, when he was a baby. The layout will be printed in the July issue of “Cricut Magazine”. Long will have seven scrapbook layouts published in upcoming magazines.

In addition to creating pages at Mountains of Scraps, Long tries to scrapbook at her dining room table for 15 minutes at a time when she gets a chance or waits until late at night while her children are asleep. It takes her two to three hours to finish one page.

Long said when she first started scrapbooking people would tell her that her creations should be in magazines.

“ When a complete stranger whose job it is to choose layouts to inspire other scrapbookers what to do (chooses my layouts), it is awesome,” she said. “It’s a confirmation. It gives me a creative boost to keep doing what I am doing.”