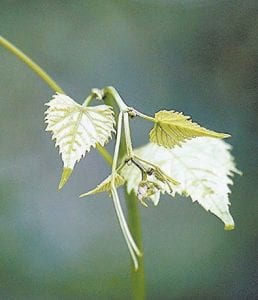 Kimberly Maggard took this photograph of a weed glistening in the sun.

An ordinary weed transformed by the glistening sun, the ridges and spiny edges of its leaves highlighted by the blurred background of the beautiful hills of eastern Kentucky.

The hands of amateur photographer, Kimberly Maggard, are not as steady as they once were, but that doesn’t stop her from pursuing her bright spot even on the darkest of days. A disabled former secretary at Arlie Boggs Elementary School, she is currently awaiting testing to see if she is a candidate for a double lung transplant at the University of Kentucky.

Before her illness progressed, she would spend her days interacting with hundreds of students and colleagues. Due to the nature of her illness, she now leads a very isolated and solitary life.

In order to cope with her disease and loss of mobility she began taking photos from the passenger side of her car, her husband Ronnie, the ever-so-patient chauffeur, stopping on a dime’s notice, sometimes in the middle of a curve if something catches Mrs. Maggard’s eye. 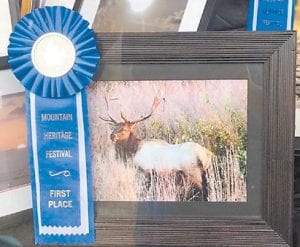 Photographer Kimberly Maggard took ribbons in seven categories of the Mountain Heritage Photo Contest. Among the first-place pictures is this photo of an elk.

Many of her former students, family and friends have encouraged her to sell prints. One of her dear friends from high school even used a photo as inspiration for a watercolor painting and presented it to Mrs. Maggard. The painting is now hanging proudly on her bedroom wall.

Recently, she entered seven photos in the Mountain Heritage Festival Photo Contest and she received seven ribbons. The attention to detail and the ability to focus on delicate things in nature are the same beautiful traits that she possesses as a mother and grandmother. 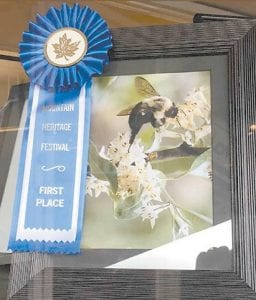 This photograph by Kimberly Maggard won first place in its category in the Mountain Heritage Photo Contest. She took seven ribbons in the contest.