Man, 21, is accused of giving meth to kids 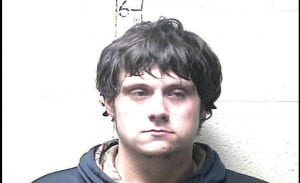 Arraignment set for early yesterday for a man accused of sending methamphetamines to Letcher Middle School was delayed because of the volume of cases on the docket, and will likely be held today.

Five students were involved in using the methamphetamines and one was sent to the hospital by ambulance on May 14, Superintendent Denise Yonts said. All were students at the Letcher Middle School.

Bobby Wayne Heiston, 21, of Little Colley, is charged with first-degree trafficking in a controlled substance, first offense. He is in the Letcher County Jail. Sources familiar with Heiston’s history say he is low functioning with an intellectual disability.

The Letcher County Sheriff ’s Department arrested Heiston on two felony warrants and new drug charges on the evening of May 16. The charges related to the school were filed at 11:21 a.m. Friday, May 17. Heiston had a 2018 indictment warrant for complicity to second-degree burglary and a warrant for probation violation related to a 2016 police chase. He was charged the day before with possession of a controlled substance (meth) and possession of drug paraphernalia, after a deputy allegedly found meth inside a flashlight in the door pocket of his car, and a pipe used to smoke drugs.